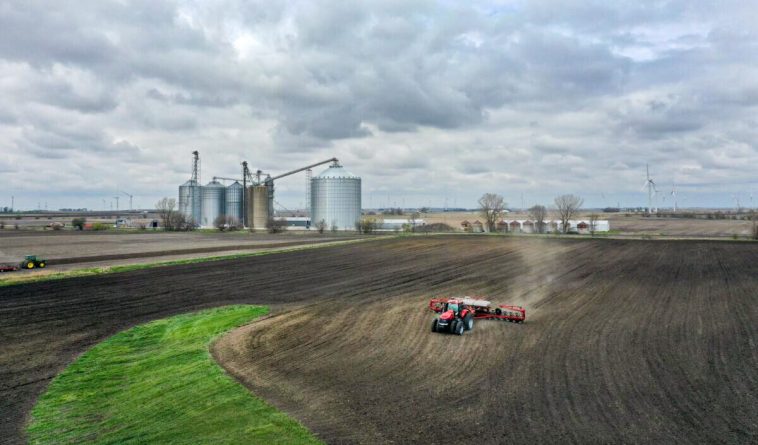 Many U.S. farmers have been struggling to get their fertilizer and herbicide supplies ready to sow their fields.

Even if they can get them, they’re at exorbitant prices. Count in diesel at record highs, and there’s a recipe for trouble. If Americans grumble about high grocery prices now, they can brace for even more pain up ahead. A significant part of the problem stems from dependency on the interconnected global market—particularly products from China, but also Russia.

At current prices, farmers are looking to get about $900 per acre of corn, depending on the yield. That’s up from about $600 per acre in early 2020. In 2020, they paid about $120 to fertilize an acre of corn. In 2021, it was around 50 percent more than that, and in 2022, it may be up by another 80 percent. That means farmers may still lose money, despite getting paid more for their crop. And that’s just accounting for the fertilizer cost. Diesel fuel for farm machinery is up by nearly 70 percent. Herbicide prices have doubled or tripled since 2020 and many farmers have trouble getting them at all.

President Joe Biden recently warned of an upcoming food shortage. That eventuality appears to be on the table, although much depends on how good or bad of a crop farmers harvest in 2022.

There are several apparent reasons why one of the world’s richest nations faces a food problem.

Today’s industrial form of agriculture bears an ever-smaller resemblance to working the fields of yore. Gone are the times of plowing the land. Today’s corn farmer starts the year by eradicating weeds with a powerful herbicide. The earth is then laced with fertilizers and sown with corn that has been genetically modified to survive further doses of herbicide. The seed is patented and needs to be purchased every year, typically from Monsanto, owned by German chemical giant Bayer. The compatible herbicide, glyphosate, is already off patent and can be sourced from a number of manufacturers, usually in China.

Heavy reliance on fertilizers, herbicides, and patented seeds is convenient and makes for a plentiful harvest, but it also exposes farmers to the whims of the global market. Farmers can get subsidized federal insurance that guarantees them certain revenue—if they sell cheaper or face a bad year, the taxpayer covers some of the difference. In addition, about a third of the entire corn crop is distilled into ethanol, which, by federal law, is mixed with gasoline, providing a subsidy in the form of a guaranteed demand. But the insurance doesn’t cover the rising cost of inputs, such as fertilizers and herbicides. And when the crop price goes up, the insurance premiums increase as well, regardless of how much of the revenue is consumed by inputs.

Fertilizers are a critical resource for farmers in producing the maximum amount of foodstuffs with minimum labor. They fall into three categories: nitrogen, phosphate, and potassium (potash).

Nitrogen-based fertilizers are the most important in raising yields. The core compound is made from natural gas. As such, the U.S. fracking revolution helped make the fertilizer abundant and relatively cheap. The United States achieving energy independence also led to it achieving near-independence of “N” fertilizer imports during the Trump administration. The country still produces about 90 percent of the fertilizer it needs.

Despite robust production, the price of N went up steeply in 2021. Urea, one of the most common N fertilizers, exceeded $950 per ton in the third week of March, up from less than $500 the year before, according to farming magazine DTN.

The reason for the price hike is largely because of the price of natural gas. As the world economy bounced back from COVID-19 lockdowns, natural gas prices spiked, particularly in Europe, forcing some fertilizer makers to pause or curb production. After the COVID-19 slump in 2020, U.S. drillers ramped gas production back up, but only in recent months did it reach pre-pandemic levels, significantly outstripped by food demand, which is up by about 12 percent since February 2020. Drillers could expand production further yet, but the Biden administration’s focus on the “decarbonization” of the economy has dampened investment prospects in the industry, acting as a counterforce.

The Russian invasion of Ukraine is another wild card pushing the gas price up as countries weigh the prospect of forgoing Russian gas, lest they face U.S. sanctions.

The war has hit another part of the fertilizer equation even harder. The United States only produces about 10 percent of the potash its farmers need. The rest is imported, largely from Canada. Yet around a quarter of the imports have come from Russia and Belarus, both of which are cut off under the current sanctions. Canadian producers plan to boost output, but that may not be enough. The price of potash has more than doubled over the past year.

The United States, in fact, has sizable potash deposits, including some of the purest in New Mexico. But it has been cheaper to buy it from other countries than to invest in major mining expansion at home. The Biden administration earmarked $250 million for domestic fertilizer production subsidy, but any new capacity would take years to come online.

A lack of potash wouldn’t only hit crop quality and yield, but also make crops less resistant to pests.

The last fertilizer component is phosphate. The United States produces about 90 percent of what it needs with most of the market controlled by a single producer, Mosaic. In 2021, the U.S. Department of Commerce imposed tariffs because of subsidies on Russian and Moroccan phosphate at Mosaic’s request. China paused exports of phosphate to ease domestic shortages while at the same time imposing electricity quotas on its provinces that hit the power-hungry mining operations especially hard. Add in the sanctions on Russia and phosphate fertilizer prices are now about 50 percent up year-over-year.

Glyphosate is by far America’s most used pesticide. About 135,000 tons were sprayed on its fields in 2019, accounting for about 40 percent of all pesticides used that year, according to preliminary data from the U.S. Geological Survey. It used to be marketed solely by Monsanto under the Roundup brand, but has been off patent since 2002, allowing other producers to jump in. Today, most of it is imported from China.

In 2020, Bayer paid more than $10 billion to settle a lawsuit brought by gardeners saying glyphosate caused their cancer. The company maintains that glyphosate is safe if used as prescribed, although it also announced that it will replace it with other ingredients in its gardening herbicides. A growing number of countries are phasing out the chemical.

The Food and Drug Administration (FDA) says that glyphosate is safe, and the Agriculture Department has noted that glyphosate is less toxic than previously used herbicides. The trouble is, some weeds have developed a resistance to glyphosate. Farmers thus often use more-than-recommended doses of glyphosate and combine it with other herbicides. And dependency on the chemical comes with another risk.

Around the second half of 2020, supply issues started to hit the market, in major part because of COVID-19 lockdowns. Not only were shipments of Chinese glyphosate getting delayed, but even domestic producers were coming under pressure because they sourced their precursor chemicals from China.

The situation got only worse in 2021. In August, China imposed domestic electricity quotas, forcing industries to shut down if they run out of their allowances. Making the situation worse, Bayer’s glyphosate factory in Louisiana was temporarily knocked out of production by Hurricane Ida. Then in January, the Biden administration spooked the market by accidentally announcing 25 percent tariffs on glyphosate from China. It took the administration several weeks to correct the error.

Finally, in February, Bayer invoked the “force majeure” clause, notifying clients that it may fail to deliver on some contracts because of an unspecified mechanical failure at a supplier’s factory. As a result, the price of glyphosate, as well as other herbicides, quickly soared. In mid-2020, a pound of Chinese glyphosate cost less than $2. By late 2021, it exceeded $5 and has only slightly eased since.

“Products like glyphosate and Liberty are still really tough to get, and the price is almost irrelevant since the input suppliers aren’t willing to sell them to you anyway,” Kansas farmer Adam Baldwin told DTN.

Because of high prices and shortages, farmers have had to get creative, including dusting off traditional practices. For fertilizers, they would try to use manure and poultry droppings where possible. They would also test soil for phosphorous levels and cut phosphate fertilizer on fields that could do with less or none. Some also laid a layer of fertilizer already in the fall, anticipating increasing prices.

For weed control, farmers seem to look for whatever chemicals they can get and come up with a usable mix. They would also try to rely more on “residual” herbicides, such as atrazine, which are applied before sowing and act to prevent weeds from taking hold to begin with. That saves farmers some glyphosate, which is used to kill existing weeds. If all else fails, farmers may have to plow their fields, saving herbicides that they would have otherwise needed to kill weeds before sowing.

“They’re going to pull iron back out—they’re going to have to work the fields,” Randall Varnell, assistant manager with Wheeler Brothers Grain in Oklahoma, told CropLife. “The no-till guys will have the biggest issue.”

Despite all of the problems, the industry could still come through—as long as the harvest turns out to be a good one.

“I’m used to the uncertainty of growing crops, but this is a new level for me,” Missouri farmer Kyle Samp told DTN. “Costs have gone up so much that the gap between insurance coverage and what our actual expenses will be is the largest gap I’ve experienced. A slightly below APH [average production history] year could be really ugly.” 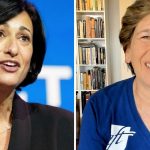 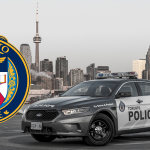