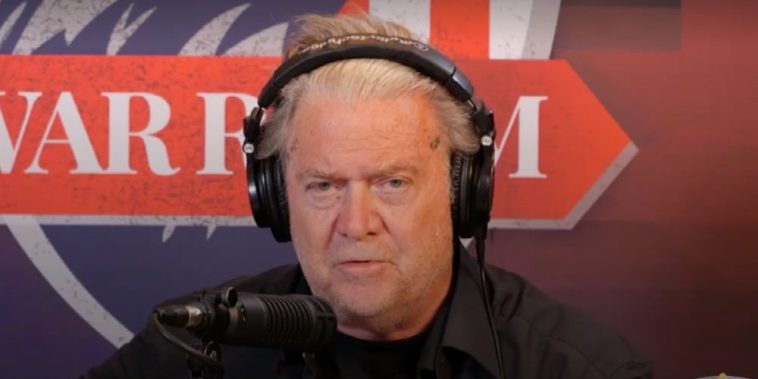 “They’re lawless scumbags is what they are,” Bannon opened up with after playing a portion of Garland’s press conference. “Is this supposed to intimidate us? His crying hunched over, about to wet himself four days after we smoked him out.”

Speaking with Tom Fitton, president of Judicial Watch, he said, “you’ve got these anti-Trump snide left wing partisan, partisan meaning they’re Democrats, running the Justice Department, running the FBI. They hate Trump. They think the rule of law or the laws to be used as a manipulative tool against their opponents as opposed to being enforced fairly, in a way that the American people can can have confidence that there’s a Fair Administration of Justice.”

“There’s no legal justification for this, right, in my view. It’s, you know, and we’re talking about the underlying documents and such, and we all know they can write whatever they want, right? But the purpose is to destroy this man and destroy people around him,” Fitton continued. “That’s the purpose and they will come up with reasons to effectuate that purpose until the end of time, practically speaking.”

Before the next speaker began, Bannon reiterated his comments about Garland and the FBI, stating, “Merrick Garland’s five minutes of just about to wet himself on global TV, nervous of the — You know breaking, his voice breaking, about to cry. What a man. Talk about a guy that can’t step in and own a decision and own a room.” 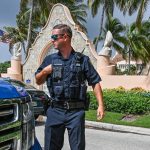 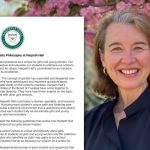