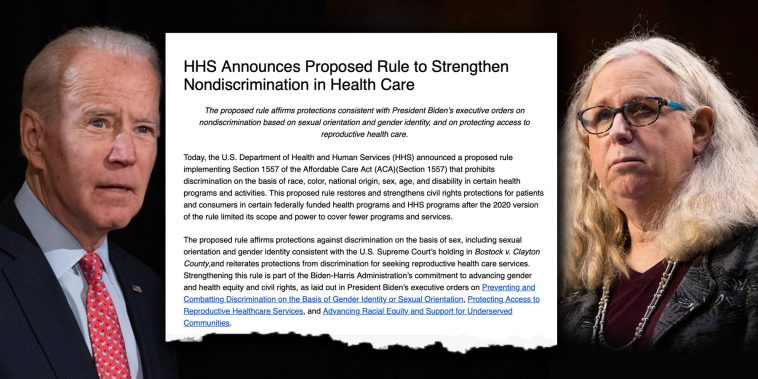 The Biden administration on Monday afternoon announced a new plan to modify the Affordable Care Act to remove safeguarding measures that currently prevent children from having easy access to sex change treatments, or as Biden calls it, “gender-affirmation” care.

These treatments include puberty blockers, cross-sex hormones and surgeries that make one’s body appear more like the opposite sex. The proposal applies to Obamacare health plans, Medicaid, and Medicare.

The proposed rule issued by the Department of Health and Human Services, headed by Xavier Becerra and Assistant HHS Secretary Dr. Rachel Levine, a biological male who identifies as transgender and backs gender transition for kids, also seeks to allow women to receive abortions by reinterpreting “discrimination on the basis of sex” to include access to “pregnancy termination” as something that would be discriminatory were it not permitted.

The language would allow people to file claims with the Health and Human Services Office of Civil Rights if they believed they had faced “discrimination” from a health-care provider based on their sexual orientation, gender identity or pregnancy.

Healthcare organizations that receive federal funding would also be prevented from “discriminating” against “gender transitions,” and would be required to grant adults and children access to drugs, hormones and surgeries facilitating their sex changes. To not do so, under the new rule, would be discriminatory. 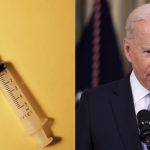