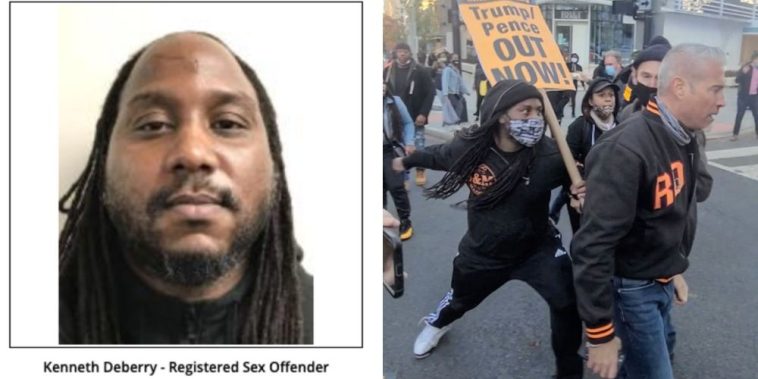 Kenneth Deberry, a 40-year-old convicted pedophile and BLM activist from Washington, DC, was sentenced to 39 months in prison on Wednesday for unlawful possession of a firearm and assault during a November 2020 Trump rally protest in Washington, DC.

He was sentenced by Judge Tanya S. Chutkan to 33 months in prison on the weapons charge, and another 180 days for assault, a total of 39 months in federal prison.

Following completion of his prison term, he will be placed on three years of supervised release, the press release stated.

On Nov. 14, 2020, at approximately 4 PM, the Metropolitan Police Department responded to the area of 17th and I Street NW after reports of assaults occurring during a march taking place that day. Deberry, who was suspected of carrying out one of the assaults, was apprehended by officers, court documents stated.