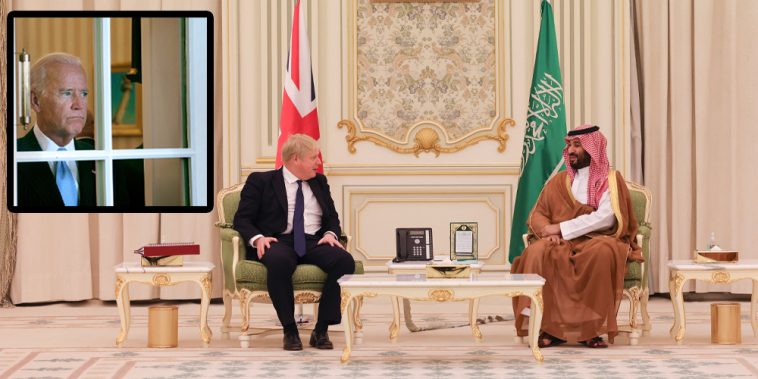 On Wednesday, Boris Johnson had a conversation with the leadership in Saudi Arabia about the current international energy crisis amid the Russian invasion of Ukraine.

While no firm commitments were made, the UK Prime Minister told reporters that at the very least he was able to touch base with the Crown Prince. It’s a relevant effort that the Biden administration hasn’t been capable of pulling off, even in terms of establishing productive dialogue.

According to the Guardian, Johnson went to Saudi Arabia in a bid for them to speed up energy production. The outlet says No 10 intentionally made Johnson’s visit an “under the radar” affair with little media fanfare.

Johnson said his meeting with Crown Prince Mohammed bin Salman was a success, if the goal was to convey the current predicament that England and other nations face when it comes to oil and energy.

While no concrete commitments were affirmed between the pair of leaders, the Prime Minister said there was “a lot of agreement that it is important to avoid inflation” and understanding the need to protect the world economy.