“In light of concerns about Baker’s possible role in suppression of information important to the public dialogue, he was exited from Twitter today,” Musk wrote on Twitter.

Musk said that Baker’s explanation was “unconvincing” once he was confronted.

The Twitter files included revelations that “Twitter took extraordinary steps to suppress the [Hunter Biden laptop] story, removing links and posting warnings that it may be ‘unsafe.’ They even blocked its transmission via direct message, a tool hitherto reserved for extreme cases, e.g. child pornography.

“White House spokeswoman Kaleigh McEnany was locked out of her account for tweeting about the story, prompting a furious letter from Trump campaign staffer Mike Hahn, who seethed: ‘At least pretend to care for the next 20 days.

“This led public policy executive Caroline Strom to send out a polite WTF query. Several employees noted that there was tension between the comms/policy teams, who had little/less control over moderation, and the safety/trust teams,” journalist Matt Taibbi revealed in a lengthy thread released on Friday. 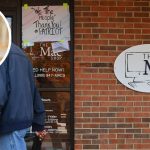 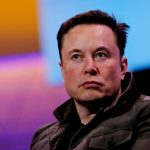