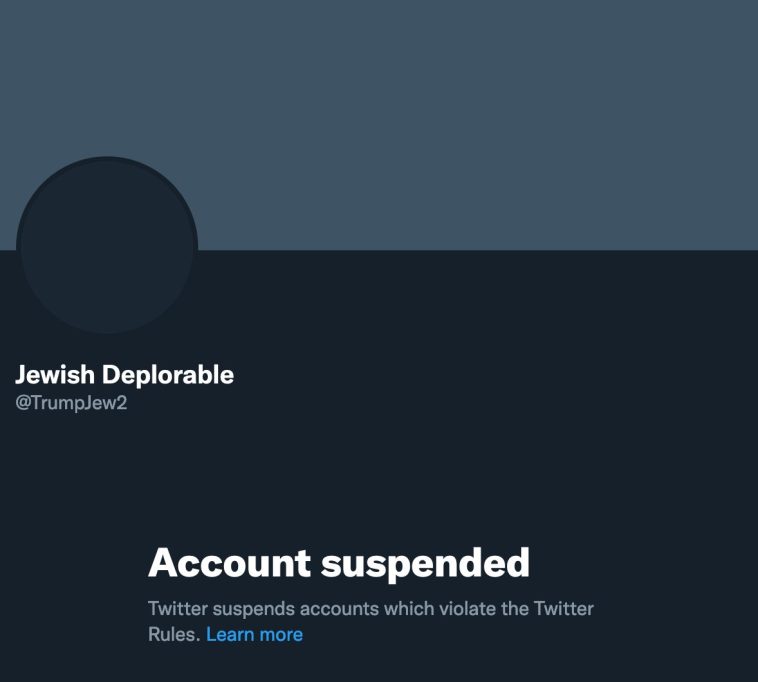 Earlier this month, we did a couple of posts highlighting tweets from @TrumpJew2, aka Jewish Deplorable.

We’d love for you to see those tweets again, but they’re not rendering in our post for some reason.

And that reason is that Twitter has evidently decided that Jewish Deplorable has said just about enough, thank you very much, and doesn’t need to say any more:

Was it something he said?

For anyone who follows

Seems this was the end of his time here for a while …. pic.twitter.com/Bfo0olKENx

Maybe Twitter should consider posting an explanation on the “Account suspended” page that provides some insight into exactly which nebulous Twitter Rules were violated, prompting the suspension. It would really be helpful. We’d know what people like Jewish Deplorable did, and we’d know exactly what behaviors we need to avoid if we don’t want to wind up on the chopping block ourselves.

This is an excerpt from twitchy. Continue reading here. 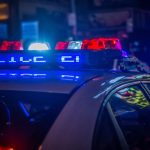 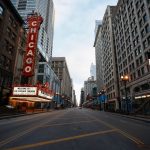