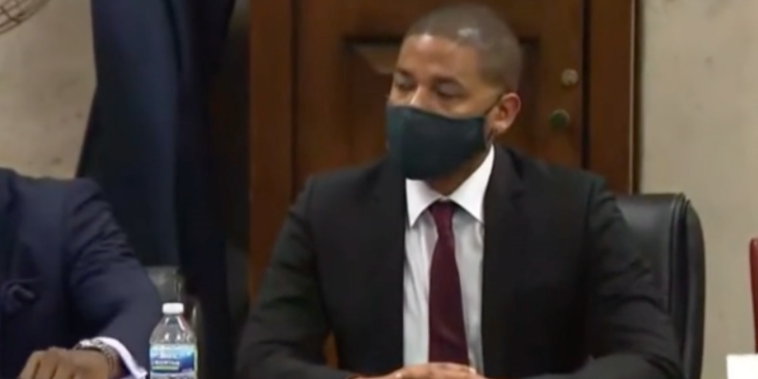 Jussie Smollett, who created a hate hoax and was later convicted for lying to police, which resulted in a massive waste of law enforcement resources and time, will be released from jail on bond. This comes as his attorneys seek to appeal his conviction.

The First District Court of Appeals has granted Smollett’s attorneys ask that he be released on bond pending the appeal, according to the AP. Smollett later said he was only in jail because he was black, telling TMZ that the sentence was evidence of systemic racism.

Upon sentencing, Smollett bursted out in court, saying “I am not suicidal!”

Smollett had been sentenced to 150 days in prison and $140,000 in fines was imposed for restitution. The prison time began immediately upon sentencing last week. Smollett was convicted in December on five felony counts of disorderly conduct.

During the sentencing hearing, Cook County Judge James Linn blasted Smollett and his attorneys, saying “I’ve never had a case that has been pled as exhaustively as this one. Voluminous writings, hundreds and hundreds of pages of filings asking for multiple motions to dismiss Jeopardy claims, motion to disqualify counsels, all of which are contained in the post trial motion.”