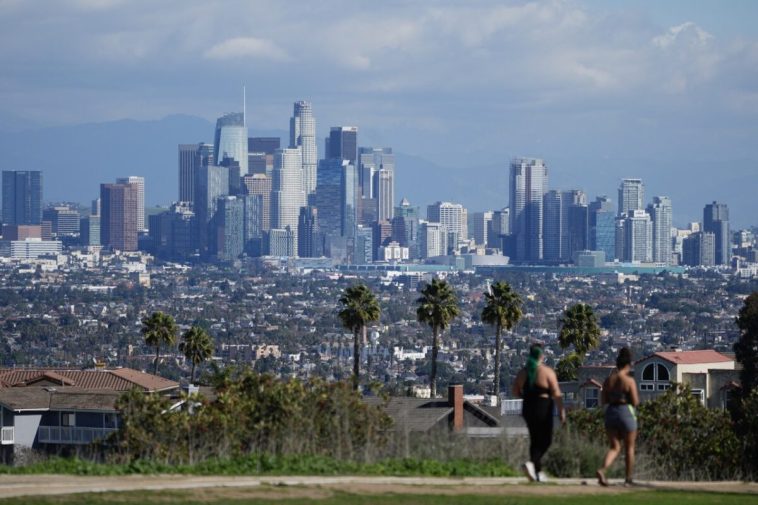 California Democrats are pushing for a new tax on the state’s wealthiest residents that includes the ability to tax them even after they’ve left the state for places like Florida or Texas—or even after they move out of the country.

The proposed law includes provisions that would allow California to tax the “worldwide net worth” of former residents who have moved abroad or relocated to another state, which comes amid an exodus to red states that tend to have less onerous tax regimes.

With one of the highest corporate tax rates in the country (8.84 percent), California ranks 48th on the Tax Foundation’s Business Tax Climate Index and occupies 49th spot on its Individual Income Tax Rank.

A recent study found that more moving trucks left from California than any other state in 2022 for the third year in a row, with the top destinations being North and South Carolina, Florida, and Texas.

California’s proposed wealth tax would impose an annual “worldwide net worth” tax of 1.5 percent on net worth above $1 billion and 1 percent above $50 million.

Worldwide wealth does not include real estate held directly by the taxpayer, but does extend to real estate or tangible personal property held indirectly, such as through a partnership or trust. It also includes things like stocks or art collections.

Lee said in a post on social media that the “modest” 1 percent tax on assets over $50 million would generate nearly $22 billion per year, roughly the same size as California’s budget deficit.

He told the Associated Press that the new wealth tax would affect an estimated 23,000 “ultra-millionaire” and 160 billionaire households, or the top 0.1 percent of California households.

“The ultra rich are paying little to nothing by hoarding their wealth through assets. Time to end that,” Lee wrote in a recent tweet.

California already taxes its wealthy residents more than most states, with the top 1 percent of earners accounting for around half of the state’s income tax collections.

Rob Lapsley, president of the California Business Roundtable, issued a statement in response to the wealth tax proposal, calling it “the wrong solution, both now and in the future” and arguing it would encourage more wealthy residents to leave the state.

“A wealth tax will only further destabilize our budget system, and it will encourage even more high-wealth individuals to leave the state entirely,” Lapsley said, noting that for the 2020 tax year, only 13,360 taxpayers paid 25.8 percent of the total personal income tax collected by the state.

“Further relying on this volatile and highly mobile tax base would only increase the boom-bust cycles that define our budget,” he continued, adding that “we strongly oppose” the proposal.

He argued in a note that wealth taxes are “economically destructive” and they promote costly avoidance strategies.

“Very few taxpayers would remit wealth taxes—but many more would pay the price,” he wrote.

“Proponents sometimes argue that wealth taxes are small and that the rich can afford them. But because the rates are on net worth—not on income—they cut deeply into investment returns, to the detriment of the broader economy,” he continued.

Another practical problem with wealth taxes is that many assets that would be taxed under California’s proposal are difficult to value, such as intangible assets like trademarks or goodwill, and ownership stakes in closely held corporations and partnerships.

Logic-defying situations could arise where some people could be taxed on assets that ultimately have no real value while others may be able to avoid the wealth tax on assets that actually do have significant value.

“A promising tech startup might briefly be valued at hundreds of millions of dollars, but fold without ever turning a profit. Another might fly under the radar until suddenly acquired for billions of dollars,” Walczak wrote.

“Owners of the former might face insurmountable wealth tax burdens on a hypothetical net worth that never generates actual income and ultimately vanishes, while owners of the latter might avoid any wealth tax on a company that presumably had significant value before a price tag was affixed by its acquisition,” he added.

California’s proposal faces questionable prospects as similar legislation has failed in the past. But that hasn’t stopped California—and other states—from pushing for what they describe as “tax justice.”

Bills were announced last week in Connecticut, Hawaii, Illinois, Maryland, Minnesota, New York, and Washington. While each state has a different approach, the strategies typically include taxing assets, lowering the threshold for estate taxes, and raising rates for higher earners.

In New York, a Democrat senator introduced a bill in the State Senate that would impose an additional tax of up to 15 percent on some investment income.

In Illinois, anyone with a net worth of $1 billion or more would pay a 4.95 percent annual tax on the increase in value of those assets.

State Rep. Will Guzzardi, a Democrat who sponsored the measure, told local outlet WTTW in an interview that it would work much like property taxes, where if the value of the property goes up, so does the tax liability.

“We’re going to say to billionaires with all their assets—which aren’t so much properties as stocks, financial instruments, investments—we’re going to value their assets, and then when those assets go up in value, we’re going to tax them on the increase in value,” Guzzardi said.

“So just like the property tax that we pay, this is a tax on billionaires’ property, which is stocks and financial instruments,” he said, estimating that his proposal could raise between $200–500 million each year. 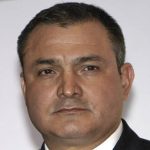 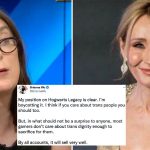