On Friday, six million people in Zhengzhou, China were forced under lockdown by the government, including the tens of thousands of workers at the country’s largest iPhone plant.

The move comes just days after violent clashes erupted at the Foxconn factory between workers and law enforcement over deceptive contracts.

According to the Hong Kong Free Press, authorities in Zhengzhou ordered those living in eight of the city’s districts to quarantine for five days. Despite a relatively low number of Covid-19 cases reported, barriers were constructed around buildings deemed to be “high risk,” and manned checkpoints were set up to catch anyone trying to escape.

On Wednesday night, workers took to the streets in a rare showing of dissent and were met by scores of law enforcement officers dressed in white. Things quickly turned violent, with protestors damaging property and officers, in turn, hurting protestors.

For the thousands of new recruits, who had been wooed with high salaries to replace the thousands who had fled the factory in October, things got to be too much, and they were left with no other option than to take to the streets. 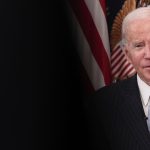 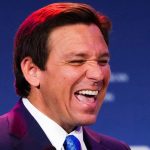