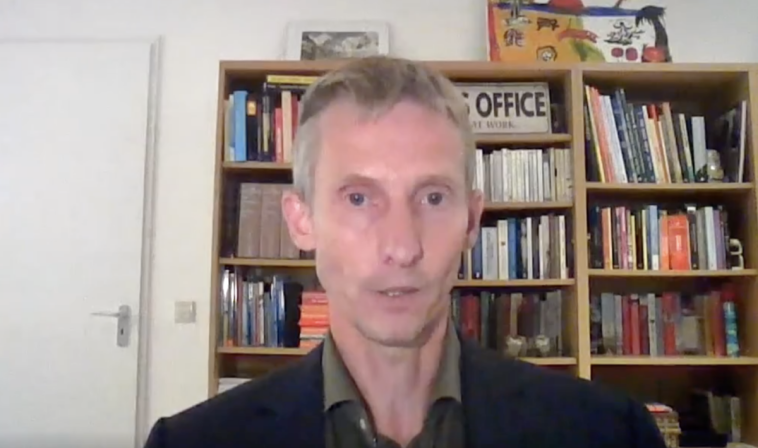 Dutch science journalist Marcel Crok has spent the last two decades researching and writing about the science behind global climate change initiatives led by the United Nations (UN), for which there is inconsistent scientific evidence, Crok said.

Crok started a watchdog organization called the Clintel Foundation that publishes alternative views to the so-called “climate emergency.” He said the “97 percent” consensus among climate scientists about manmade global warming and the climate change lacks credibility.

The climate activists who claim this consensus believe there is a climate crisis and criticize anyone who does not agree with their views, said Crok.

Climate science is a complicated field, which includes dozens of areas of expertise such as “climate modelers,” who put together models of how carbon dioxide is supposedly driving temperatures and sea levels to rise, said Crok.

The climate change narrative is largely able to be pushed as an emergency because of one article (pdf) that analyzed 12,000 other scientific studies on climate change. The 12,000 studies were put into categories that included scientists who fully supported the manmade climate change theory, scientists who were in general agreement, and others who either didn’t know or didn’t support this idea.

The “97 percent” consensus is actually taken out of only about 4,000 of the 12,000 studies, Crok said. And further still, only a small portion of the scientists explicitly affirm anthropogenic global warming.

“The paper is a ridiculous exercise, but it is being used as the ultimate proof that there is some sort of consensus among climate scientists, which in itself is a crazy concept,” he said.

In 2005, Crok published a lengthy article based on the work of two Canadians, Steve McIntyre and Ross McKitrick, who debunked the “hockey stick” graph, said Crok.

Climate change alarmists use the hockey stick graph to show evidence of global warming, said Crok. The graph shows the temperature from the year 1000 to the year 2010, confirming, climate activists claim, that when fossil fuel use went up, so did global temperatures, as indicated by the sharp uptick in the graph.

The graph was very influential in the third report from the United Nations Intergovernmental Panel on Climate Change (IPCC) that was published in 2001,” Crok said.

“And what the two Canadians, McIntyre and McKittrick—what they did was they simply tried to reproduce the graph,” said Crok. “And then they discovered that there were problems with the data, and there was a huge problem with the statistics.”

The Epoch Times reached out to the IPCC for comment.

“Apparently nobody ever checked the hockey stick graph, until two outsiders,” said Crok.

After he highlighted what was in the Canadian report, Crok said he was denounced by climate activists at home and abroad for being a “climate change denier,” which he said was odd to him.

“I didn’t have a strong opinion for or against CO2 or whatever. I just did two months of investigative reporting on this single graph,” said Crok.

Today’s climate scientists use proxy data, most often the rings of a tree in a specific region, or rocks, in order to get the temperature estimates for the time before 1850, Crok said.

The year 1850 was the end of what is called the “Little Ice Age,” and glaciers were observed to be melting at that time, Crok said. The time around the year 1000 is referred to as the “warm medieval period,” when the Vikings went to Greenland and were known to have farmed there.

Later around 1300, the Vikings had to leave Greenland because it became too cold, Crok said.

The IPCC has said that the current warming period is “unprecedented” and is caused by greenhouse gas emissions, said Crok. But Crok and others who question the science behind climate change are not convinced that this period of warming is “unprecedented.”

“There are a lot of indications that, especially high in the northern hemisphere—you’re talking about Canada, Alaska, Siberia, Greenland, Iceland, Scandinavia—those places were actually warmer 8,000 years ago already,” said Crok.

But what’s driving the global climate policy is the Paris Climate Accord, which uses the Little Ice Age (the period from 1300 to 1850) as the starting point for comparing global temperatures, said Crok. The Little Ice Age is the coldest period in what they call the Holocene, which is the period after the last ice age, almost 12,000 years ago, said Crok.

“But that was a natural, cold starting point, … not the average weather of the Holocene,” argues Crok.

Glaciers Were Melting Before 1850

Crok said the IPCC claims that all warming after 1850 has been caused by greenhouse gases.

One point that pokes a hole in the IPCC’s assertion is that glaciers were already melting before the industrial period of 1850 and the increase in carbon dioxide emissions, said Crok.

“You have a century from 1850 to 1950 that there is not so much CO2 in the atmosphere, but the earth is already warming. The glaciers are already withdrawing. The sea level is already rising,” said Crok.

Sea level rise has been steady and ongoing since 1850, and did not increase sharply with the rise in CO2 after the industrial era of fossil fuel use, said Crok. There is a lot of debate about this, he said, “but if you look at the long-term measurements that we have, they don’t show any acceleration.”

With the proxy data that is available to measure temperature over millions of years, it is believed that we are in a period of low CO2, said Crok. He added that trees evolved in a period when CO2 concentration in the atmosphere was thousands of parts per million (ppm), while the current concentration is 420 ppm.

Crok said the earth went from a CO2 concentration of 280 ppm before the industrial age to 420 ppm now.

“This summer, they were talking about the personal carbon budget for every Dutch citizen. And they even went so far that they said, ‘Well, if you’re not very rich, you can sell some of your CO2 credits to richer people,’” he said.

Another issue concerning the Dutch people is the lack of fossil fuel production, which has made energy almost unaffordable, said Crok.

“There are a lot of estimates now, that in the coming winter, maybe 1.2 million people households in Holland will not be able to pay their energy bill anymore,” said Crok. 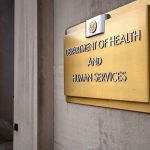 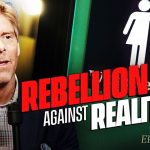