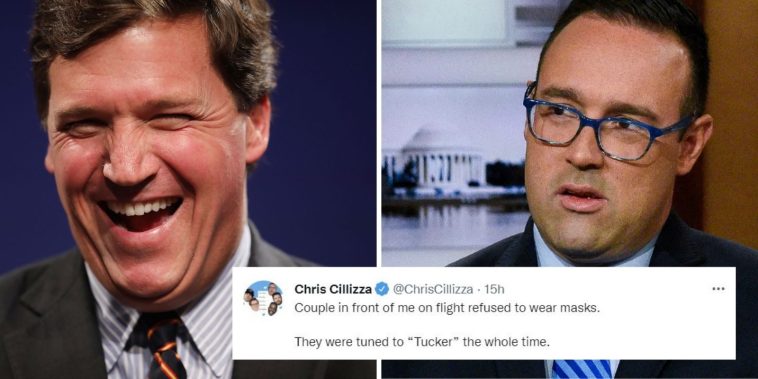 CNN political commentator Chris Cillizza recently took to Twitter to tell the world of his recent encounter with a couple who refused to wear masks while on a plane and had been watching Tucker Carlson’s Fox News show the entire time.

“Couple in front of me on flight refused to wear masks,” Cillizza said Friday night. “They were tuned to ‘Tucker’ the whole time,” he added on Twitter.

Cillizza covers national politics, including the White House and Congress. He reports under the brand “The Point with Chris Cillizza,” a political commentary show on CNN’s official YouTube channel. With segment titles like “What does Majorie Taylor Greene do all day?” and “Elon Musk is no role model,” Cillizza casts the light of his liberal opinion onto hot topics of the current news cycle.

But unfortunately for the regularly mocked pundit, that light was not well received when it came to the viral tweet regarding Cillizza’s fellow passengers. Instead, numerous Twitter users replied, mocking Cillizza’s reaction. 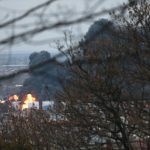 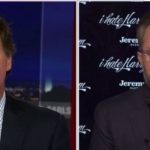