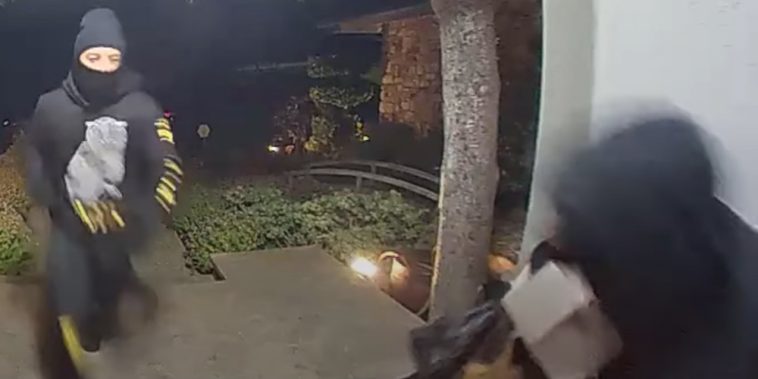 An increase of home robberies sweeping the United States in recent weeks has authorities pointing toward a common source: South American criminal tourists that exploit the American immigration system to target wealthy suburbs from coast to coast.

Last Friday, in the Hillsborough neighborhood of San Francisco, California, a pair of multi-million dollar homes were robbed. Evidence of the crime was caught on one home surveillance camera and later released as a warning to the public.

According to KPIX, authorities believe the robberies are a part of a professional “criminal tourism” gang that targets wealthy suburb areas.

The working theory per Daily Mail is that these looters enter the United States through a visa waiver program that allows for international citizens from 40 nations to be screened in advance, then free to travel like a tourist throughout the USA for up to 90 days.

Police believe that the “criminal tourism” group exploits this system and uses it to rotate different groups of thieves in and out of the country.