The woman suspected of opening fire at the Dallas Love Field Airport in Texas Monday morning has been identified as Portia Odufuwa, 37, and had previously been arrested for a 2019 bank robbery in Wylie, Tex.

Oduwufa, who was 34 at the time, had been accused of handing a teller at a Bank of America a note demanding money, but the charges were later dropped. FOX 4 Dallas-Fort Worth reported that a court had ordered an examination into her mental competency to stand trial two weeks before the dismissal.

According to court records, Odufuwa was determined to be incompetent to stand trial and was ordered to a mental health program but never finished, for reasons unknown.

Odufuwa was most recently arrested in 2021 for making a false report of a fire and has also been arrested on charges of arson. She has documented mental health evaluations following her arrests.

In the affidavit from a 2019 arson case, Odofuwa reportedly told police she was a “prophet of God.” 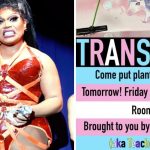 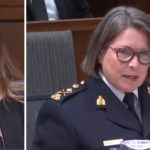