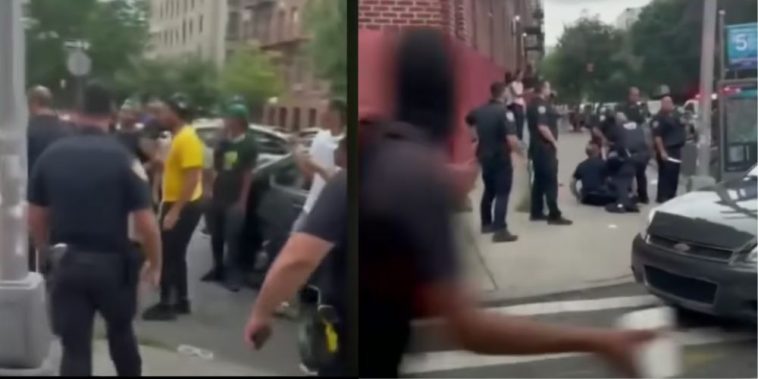 Members of the New York City Police Department were struck by glass bottles and assaulted by a horde of men on Sunday in the Bronx following the Dominican Day Parade.

The Daily Mail reports that cops from the 44th Precinct responded to reports of a large group who were drinking on the street, playing loud music, blocking the sidewalk, and generally acting disorderly at the intersection of East 168th St. and Sheridan Ave which was near the route of the parade.

Police arrived on the scene and tried to disperse the throng of men but a scuffle soon broke out around 8:05 pm in an episode that was caught on video. While the officers were trying to detain an uncooperative man who had gotten in their face, the crowd began to shout in Spanish and English “Why you push him? Why you hit him?” and “Look they hit him! Look they hit him!”

According to the New York Post, the uncooperative man was armed with a loaded handgun, and the police wrestled him to the ground and arrested him. As they transported him to a car, one of the group, a man in a black mask carrying a baseball hat, physically lunged at the police which escalated the situation into a brawl.

As the police wrestled the masked man to the ground another man in yellow threw a punch at police and soon thereafter the surrounding mass of men began throwing bottles at the outnumbered police in an ambush. 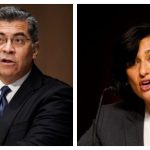 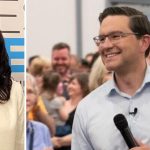