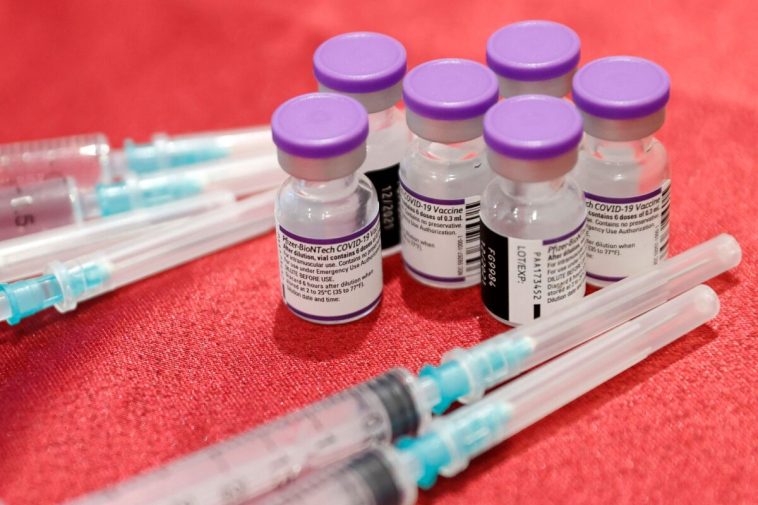 Dr. José Luis Domingo, who has served as editor-in-chief of a prestigious scientific journal, Food and Chemical Toxicology (FCT), for the past seven years, said that he has essentially been forced to resign.

His resignation, he alleged, has come about because of gaping problems with scientific integrity and industry influence when it comes to scientific discussions about the safety of the COVID-19 vaccines.

Though Domingo has himself received three vaccinations (two AstraZeneca and one Pfizer), he told The Epoch Times that he has been bombarded with insults, threats, and accusations of being “anti-vaccine” ever since he approved the publication of a scientific paper that explores potential mechanisms of harm of injected synthetic mRNA.

Though he would have preferred to stay at the helm of the journal until the end of 2023 because he has several projects pending, Domingo has issued his resignation from the journal to maintain his scientific independence.

He told us he is first and foremost a scientist, and that he does not regret publishing the paper. Despite the attacks, he was not willing to give in to the pressure from the journal’s publisher.

The journal’s publisher, Jagna Mirska, did not respond to our request for an interview.

However, Domingo said that the journal has already picked a successor for his position—someone with clear ties to the pharmaceutical industry: Bryan Delaney, Ph.D.

According to his LinkedIn page, Delaney is a toxicologist who currently works for Haleon. Haleon is pharmaceutical giant GlaxoSmithKlein’s new brand name for its consumer health unit.

GSK manufactures vaccines against hepatitis A and B, meningitis, tetanus, diphtheria, pertussis, and human Papilloma virus, among others. It also makes brand-name antibiotics and dozens of other pharmaceuticals.

An Authority on Toxicology

Seventy-one-year-old Domingo is a distinguished professor (emeritus) of Toxicology and Environmental Health at Spain’s Rovira i Virgili University.

In 2014, and again in 2015, he was named an Institute for Scientific Information highly cited researcher. As a renowned authority in toxicology, Domingo has served on the editorial boards of more than 11 scientific journals, including as editor-in-chief or co-editor-in-chief of Food and Chemical Toxicology, Environmental Research, and Human and Ecological Risk Assessment.

As its website explains: Food and Chemical Toxicology is “an internationally renowned journal, that publishes original research articles and reviews on toxic effects, in animals and humans, of natural or synthetic chemicals occurring in the human environment with particular emphasis on food, drugs, and chemicals, …”

The journal’s mandate is to “publish high-impact, scholarly work” and “serve as a multidisciplinary forum for research in toxicology.”

Given its aim, and the fact that millions of people have taken injections that they were told would protect them from COVID-19 infections, Domingo wrote an editorial voicing his concerns about the need for more research on the safety of these vaccines.

He said Jagna Mirska, senior publisher at Elsevier, which is the company that owns the journal, asked him to transform the editorial into a call for submissions for research on the toxicity (or lack thereof) of the COVID-19 vaccines. So, in February 2022, Domingo issued a public call for submissions.

As a result, in June of 2022, while Domingo was still at its helm, FCT published an extraordinary and highly technical paper called, “Innate immune suppression by SARS-CoV-2 mRNA vaccinations: The role of G-quadruplexes, exosomes, and MicroRNAs.”

This research was co-authored by a team of preeminent scientists, including Stephanie Seneff, Ph.D., a senior research scientist at the Massachusetts Institute of Technology; Dr. Peter McCullough, an internationally known cardiologist who has published over a hundred peer-reviewed articles during his 40-year career; and Dr. Anthony Kyriakopoulos, a Greek clinical microbiologist, medical doctor, and researcher who has a Ph.D. in medical and molecular microbiology.

Their research proposed that alterations in the vaccine mRNA may “hide the mRNA from cellular defenses and promote a longer biological half-life and high production of spike protein.”

In doing so, these scientists posited, mRNA vaccines may interfere with the body’s natural immune response.

They described this interference as “profound impairment,” which, they believe, comes about specifically because the spike protein interferes with a critical early innate immune response mechanism, called the type I interferon response. If they are correct, injected synthetic mRNA will have a variety of negative consequences on human health, including making our bodies less able to control infections and suppress cancer.

Extra Scrutiny Because of the Sensitive Nature of the Topic

“Since the beginning of the pandemic, most developed countries have acted extraordinarily fast in investigating a number of aspects related to SARS-Co-V-2 and COVID-19,” wrote Domingo, who said that he has been the editor-in-chief of the journal for seven years and worked as the managing editor for three years prior.

Noting that “there are still an important number of gaps that need to be clarified … With respect specifically to the potential toxic effects … the published information in scientific journals is certainly rather limited.”

Domingo’s request for papers on vaccine safety further stated that “the goal in calling for research on potential toxicological effects of the vaccines, was to reduce skepticism to vaccination.”

The journal FCT, which is published by Elsevier, has a high impact factor, according to the Scientific Citation Index, which means that it is a very well-established and reputable journal.

Because Domingo knew that this was a “very sensitive social and scientific topic,” he told us that he was particularly meticulous about the review process.

During standard peer review, two or three outside scientists familiar with the subject provide written feedback on whether a paper should be published or not.

In the case of this work, however, Domingo called on no fewer than five outside peer-reviewers. These peer-reviewers scrutinized the science with extra care. They provided detailed written feedback and required the authors to do three rounds of revisions.

After the third iteration, all five were unanimous in recommending the paper be accepted.

Backlash, But Not About the Science

About a month after the paper was published, Domingo said, he began receiving angry emails and messages. These included insults, calls to resign, demands to retract the paper, and even threats.

One email asked him how he could sleep at night, knowing that the scientific paper that he had allowed to be published would lead to the death of millions of people.

The angry messages, he said, were filled with ad hominem attacks against him and against the paper’s co-authors, but did not specify their scientific objections to the contents of the paper. Domingo welcomed one scientific response he did receive and told the authors his journal was willing to publish a Letter-to-Editor (LTE) from them if the LTE could pass peer review, which is the standard process for any published rebuttal. He sent the rebuttal to four reviewers, which is higher than usual, again because of the sensitive nature of the topic.

Two said it did not pass scientific muster. Two suggested the authors revise it and resubmit it. Based on this feedback, Domingo said, he should have rejected the rebuttal outright. Instead, he invited the authors to revise and resubmit. Their revision, however, was so “scientifically poor” that three of the four reviewers said it should not be published. Given that he, too, found that the rebuttal was not scientifically sound, he felt he had no choice—in spite of what he called “kind suggestions” from the publisher—to reject it.

Since then, pro-vaccine factions have increased their personal campaign against him, going so far as to adding false information to the Wikipedia entry about him, as well as attacking the Wikipedia page of the journal itself. Both, he said, were negatively modified by pro-vaccination activists. Indeed, an Oct. 4 version of his page, accessed via internet archive, included a subheading entitled “Antivaccine controversy” that accused Domingo of “spreading disinformation during the pandemic.” That paragraph has since been removed.

On Oct. 26, a rebuttal and call for retraction of the Seneff paper was published in a different scientific journal Stem Cell Reviews and Reports. In this call for retraction, a team of nine scientists, from France and Sweden, among other countries, contend that “Fighting the spread of false information requires enormous effort while receiving little or no credit for this necessary work, which often ends up being threatened.”

In their abstract, the scientists insist that “The need for more scientific integrity is at the heart of our advocacy.” They describe the Seneff et. al. paper as “deadly disinformation.”

The authors of the rebuttal contend that they have made a “militant choice” to demand retraction because the issue is “not a scientific controversy, but a matter of public health.”

They further state that fighting against scientific disinformation “may be risky, too slow and insufficient.”

They end their militant call for retraction with a quote from Joseph Biden, president of the United States, that “the only pandemic we have is among the unvaccinated; and they’re killing people” (which they emphasize by placing in italics) and say that this quote “applies especially to the people who encourage the unvaccinated’s beliefs.”

No citation accompanies the contention that there is currently a pandemic of the unvaccinated. That statement is not scientific. It cannot be cited because it is not true. Most of the recent research shows that the vaccines do not stop the transmission of COVID-19 and that the majority of deaths and hospitalizations from COVID-19 are in those who have been vaccinated.

“I am honored to be collaborating with an expert team of researchers who are passionate about the goal of unraveling the toxic effects of the SARS-CoV-2 mRNA vaccines,” Seneff, with whom Jennifer has published two Epoch Times articles, told us via email. “This same team has written another paper that has been accepted for publication and will appear shortly in a peer-reviewed journal, and we are working on several more papers that are either under review or soon to be submitted.

“We all share the belief that the mRNA vaccines are causing harm to many people, and that vaccine mandates are irresponsible and unjustified,” she continued.

“It is unconscionable that those of us who seek to understand the science behind the toxicity of these vaccines face so many obstacles in our efforts to inform the public of the risks they may be taking in receiving these injections. And it is also unconscionable that responsible editors who try to publish papers such as ours that go against the narrative get banished from the publishing world.”

Despite having received three vaccines, Domingo himself came down with COVID-19 in July.

“With me, the vaccines did not protect sufficiently,” he said.

Since the beginning of 2022, we have seen many scientists and medical doctors risking their careers, their medical licenses, and even their personal safety to fight for scientific freedom and integrity. 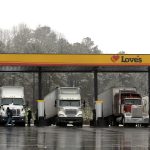 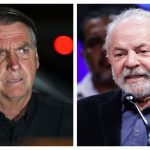