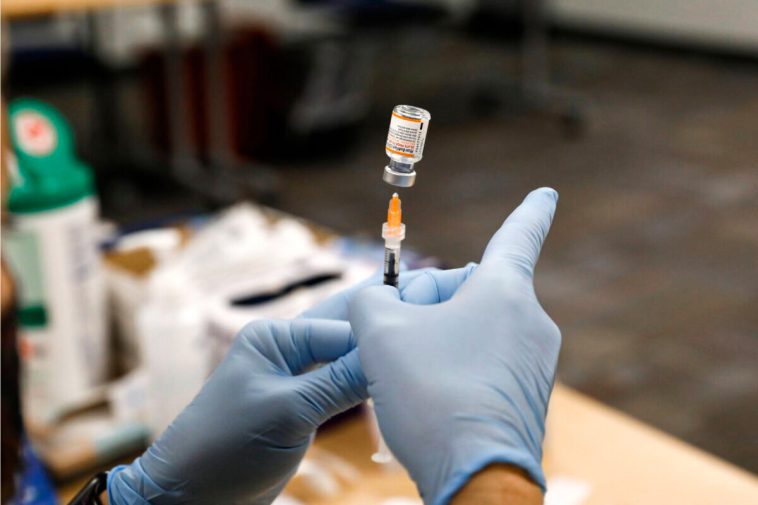 An elevated rate of Bell’s palsy was identified among elderly people after vaccination with a Pfizer booster shot, U.S. regulators said in a new study.

The “small but statistically significant elevation” in Bell’s palsy was detected after vaccination with Pfizer’s old booster, which is no longer available in the United States, researchers with the U.S. Food and Drug Administration (FDA) said in a preprint study.

The elevated rate resulted in an adjusted incidence rate ratio of 1.13 and remained consistent when researchers adjusted for different factors, such as prior COVID-19 infection.

A rate above one shows a possible connection between the vaccine and an adverse event.

Bell’s palsy is facial paralysis or weakness, typically of one side of the face. Symptoms often improve partially or fully within weeks but some people suffer longer-lasting problems. The cause of the condition is unknown, according to the U.S. National Institutes of Health.

Both messenger RNA (mRNA) vaccines can cause side effects, including a form of heart inflammation called myocarditis, U.S. authorities and other experts have acknowledged.

Pfizer and Moderna did not respond to requests for comment. Pfizer CEO Albert Bourla said during a recent appearance on CNBC that a Pfizer team constantly reviews and analyzes data, and that the team has not seen “a single [safety] signal.”

A safety signal means a sign a vaccine may cause an adverse event. The FDA detected safety signals for Pfizer’s vaccine in early 2021 and reported an update in a paper in late 2022. The new study, published as a preprint (pdf), outlines a new examination of post-booster issues.

FDA researchers analyzed data from the U.S. Centers for Medicare and Medicaid Services Medicare, which maintains a database that includes vaccination history and adverse events for Medicare beneficiaries aged 65 and older.

There were 59 cases of Bell’s palsy identified after vaccination, with 29 being determined not to be an actual case after medical record review.

The U.S. Centers for Disease Control and Prevention, utilizing data from the Vaccine Adverse Event Reporting System, which it manages with the FDA, identified Bell’s palsy as a safety signal for the Pfizer and Moderna vaccines among individuals aged 5 and older. The agency found the incidence after mRNA vaccination much higher than after non-COVID-19 vaccination.

The FDA says in the package insert for the Pfizer vaccine, last updated in July 2022, that “currently available information is insufficient to determine a causal relationship with the vaccine.”

A European study previously found indications that Pfizer’s vaccine was linked with an increased risk of Bell’s palsy. The Pfizer and Moderna vaccines were the most commonly associated with Bell’s palsy, a review of studies and case reports found.

Increased Risk of Other Events

Government researchers in the new study found an increased rate for acute myocardial infarction, or heart attack, among the elderly after a primary series of Pfizer’s vaccine. But they said the effect lost statistical significance during adjustment.

Another statistically significant elevation in rate was detected after Pfizer’s booster dose after, and not before, adjustment for factors such as exclusion of cases with prior COVID-19.

No statistically significant elevated risk was detected for Moderna’s primary series or booster.

Fifty cases of myocardial infarction were identified through the Medicare database. After medical records were examined, 20 cases were confirmed and 21 others were deemed probable, with the rest being labeled possible.

Researchers identified an increased rate of inpatient pulmonary embolism, or blood clotting, among those who received Pfizer’s vaccine, and the statistical significance remained after adjustment.

But researchers cast doubt on a connection because they detected a statistically significant decrease in inpatient pulmonary embolism (PE) among those who received Pfizer’s monovalent booster. The Moderna and Pfizer monovalent boosters were replaced in the fall of 2022 with bivalent boosters, which were not covered in the study.

Twenty-three cases of pulmonary embolism were detected through the database. The results of medical record adjudication were unclear because cells were redacted to “protect patient confidentiality,” the FDA researchers said.

The researchers concluded that the results “support the favorable safety profile of COVID-19 mRNA vaccines administered in the elderly.” The study was funded by the FDA, which has backed COVID-19 vaccination throughout the pandemic.

New Zealand authorities, meanwhile, said they found in an analysis of health records that Pfizer’s vaccine was linked with several adverse events.

Utilizing national electronic health records and studying the incidence of 12 adverse events after Pfizer vaccination in the population of 5 and older, researchers identified a statistically significant increase in heart inflammation, or myocarditis and pericarditis. They also detected a statistically significant association between the Pfizer jab and acute kidney injury.

Like the FDA researchers, the New Zealand officials used adjusted incidence rate ratios. They looked at the incidence of each adverse event in the weeks following vaccination and compared the figures to the incidence before the pandemic.

Researchers detected an increased risk of a number of conditions following vaccination, but the only statistically significant increases were for acute kidney injury and for myocarditis/pericarditis, including a big jump in heart inflammation following a second dose of a Pfizer shot.

Consistent with other research from around the world, most cases of the inflammation occurred in youth.

The New Zealand government funded the study, which was published as a preprint by The Lancet. 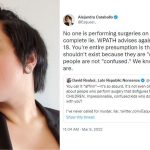 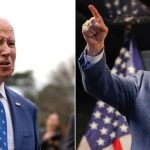