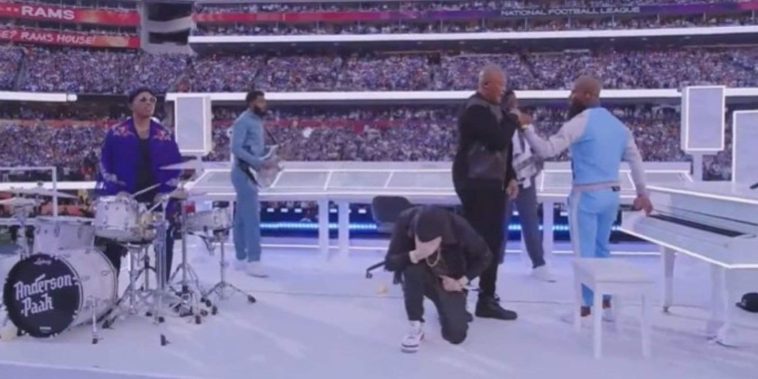 Rapper Eminem took a knee for Black Lives Matter at the end of his set at the Super Bowl Half Time Show on Sunday night. He had stated his plans to do so prior to the performance, and once he dropped to one knee, his head bowed, he stayed that way.

Eminem, who once said “Though I’m not the first king of controversy, I am the worst thing since Elvis Presley. To do black music so selfishly, and use it to get myself wealthy,” was one of a handful of classic rap performers who took to the Super Bowl stage.

It was as though he was kneeling for the sins of his entire, multi-million dollar career in the music industry.

Eminem said he wanted to take a knee “Colin Kaepernick style.” The New York Post reports that the NFL denied an earlier report that they nixed his request to take a knee.

“The rapper wanted to kneel “Colin Kaepernick-style” at the Super Bowl 2022 halftime show at SoFi Stadium, but NFL officials nixed the idea,” according to the Post. 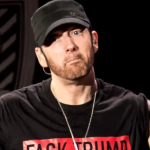 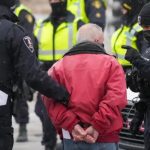