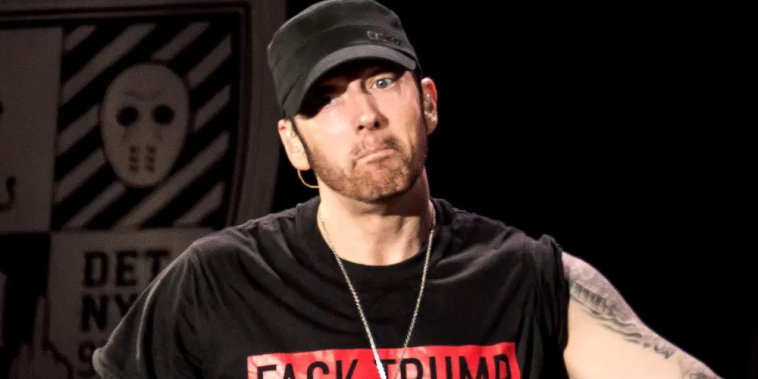 The artist who once said “Though I’m not the first king of controversy, I am the worst thing since Elvis Presley. To do black music so selfishly, and use it to get myself wealthy” had plans to give a knee at the Super Bowl half-time show.

Eminem has gone woke. Beyond dissing Donald Trump and releasing a lackluster string of politically loaded music videos in recent years, the “Rap God” rapper reportedly planned to take a knee during the Super Bowl halftime show but was shot down by the NFL.

The year saw then-presidential candidate Joe Biden and numerous Democrat politicians take a knee in support of the BLM movement.

According to PuckNews and XXL, which published some behind-the-scenes details about the halftime show, Eminem was supposed to take a knee. However, the League didn’t like the idea and reportedly shot it down. The League also reportedly expressed discomfort about Dre’s single “Still DRE,” which has the line “still not loving police.” He was also reportedly told not to say “f*** the police,” which had to pass through screenings by the NFL.

“The opportunity to perform at the Super Bowl Halftime show, and to do it in my own backyard, will be one of the biggest thrills of my career,” Dre said on social media when the lineup was announced last fall. “I’m grateful to JAY-Z, Roc Nation, the NFL, and Pepsi as well as Snoop Dogg, Eminem, Mary J. Blige and Kendrick Lamar for joining me in what will be an unforgettable cultural moment.” 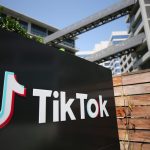 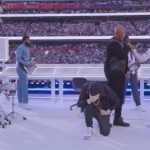