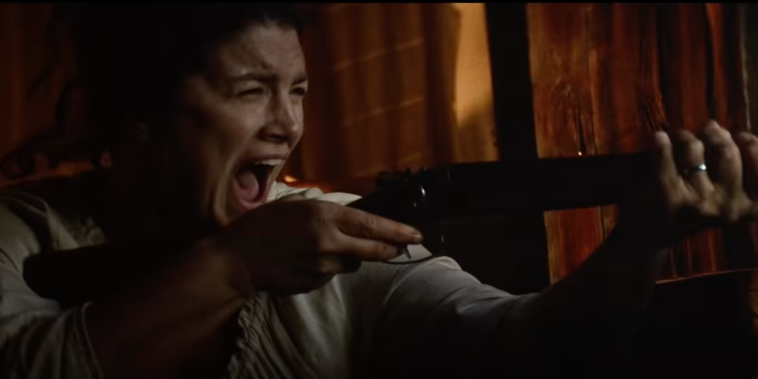 Near Bozeman, Montana, The Daily Wire and Bonfire films brought a challenge to Hollywood, in the form of a feature-length western film. Terror on the Prairie is the second collaboration between Daily Wire and Bonfire, but this one stars actress Gina Carano, who was summarily dismissed by Disney and mainstream Hollywood producers because her views were simply too risky.

Carano is going to be alright. She’s got a big heart, she’s talented and kind, she works hard and frankly she’s a joy to be around. A few years ago though, the ejection from Disney, the incredibly harsh judgment from progressive Hollywood, and the summary dismissal of Carano from polite entertainment society would have been a complete career killer.

Now, with the emergence of a conservative culture that has both funding and an audience, Carano and others are able to continue their arts careers without having to give up their values to do so. And the work that’s being created is a reflection of those values. Terror on the Prairie, about family and loyalty, does that.

“I love the family aspect of it,” lead actress Gina Carano told me. “I love that. I feel like a lot of us are having to start over in different ways. And she’s, you know, my character is going out there, out of her comfort zone because she loves her husband and family. And I think the whole family unit of it is gorgeous.”

A stone’s throw from nearby hot springs, in the valley of majestic mountains, on a hard, rocky ground covered in heather and wild flowers, two log frame structures made up the homestead set for the film. The genre is that of a western, and in the crisp air, with horses tethered off to the side, and a warm sun adding a glow to cast and crew faces, there was nothing to say that this indie production was particularly groundbreaking, or representative of a new form. 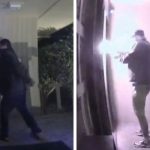 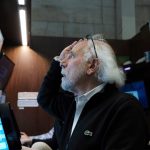