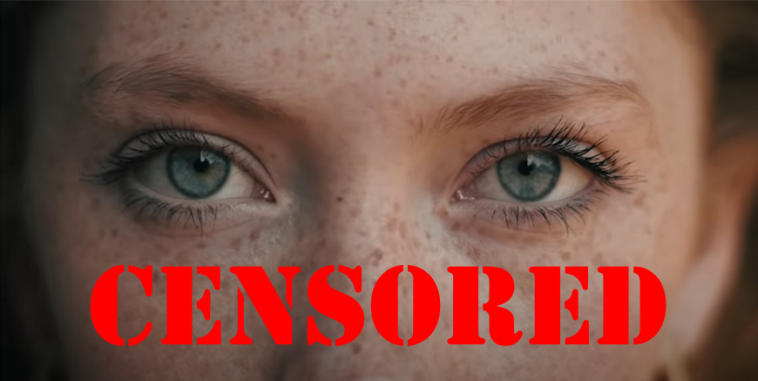 According to a watch company CEO who has created videos supporting police, rejecting the idea of toxic masculinity, and proclaiming “womanhood is a birthright,” Google is actively censoring his ads by labeling them as “election advertising.”

Ilan Muallem Srulovicz is the CEO and Founder of Égard Watch Company, a Florida-based high-end timepiece and jewelry firm. Srulovicz is also an actor, appearing in films like “The Walking Dead,” “Loki,” “Deepwater Horizon,” and “The Big Short.” He has also gained notoriety for using his resources to support causes that are not considered to be politically correct.

“Speak Truth” is the video Srulovicz produced in June 2020 as a show of support for law enforcement in the midst of the defund the police movement being pushed by Democrat politicians, left-wing activist groups, and members of the liberal media. For taking that stand, Srulovicz was awarded the Fox Nation’s Award for Courage in November 2021.

“I felt it was very important for a company to take this position,” Srulovicz told The Epoch Times. “So, I put my company, Égard, behind it. We have a lot of followers and, essentially, I just wanted to start fighting the extreme type of censorship that we see today. Speak Truth was restricted almost immediately. You had to create an account to view it. Then they said we couldn’t advertise it. It was ‘political advertising.’”

According to Srulovicz, Google has now done the same thing with his video “What is a Woman.”

“What is a Woman—Womanhood is a Birthright” was created to address the push to normalize transgender men competing in women’s sports.

“If you look at the movement itself and what’s happening right now there are certain inversions of truth,” he explained. “It’s very important that people meet in the playground of reality and have discussions on things we can agree on and measure what’s real. What we’re doing right now is we’re taking things that aren’t based in reality, things based on how we feel, and we’re saying that has higher value than reality. There are consequences to that.

“What is a Woman” begins with a full-screen look into the eyes of a young female. Then comes the grainy black-and-white footage of a female athlete being awarded a gold medal. There is a female runner and a female swimmer.  Newspaper headlines, celebrating the achievements of “non-binary” and “transgender women” in women’s sports, fade in and out. “Biden Amin Replaces ‘Mothers’ with ‘Birthing People’ in Maternal Health Guidance,” is superimposed over an image of a mother in a hospital bed holding her newborn child. The female narrator asks, “What is a woman. Is a woman a history of achievements being erased?”

“How long do we sit idly by and not stand for the sacred value of womanhood as it loses all meaning?” the narrator asks. The viewer now looks into the eyes of a mature woman who gives a knowing smile. “Because we believe that womanhood is a birthright.”

According to Srulovicz, the left’s push for transgender rights has nothing to do with equality. It is “a cleverly-crafted lie that comes at the expense of women,” and anyone who dares to say otherwise is immediately attacked and censored by the controlling powers on the left. Srulovicz shared two screenshots of notifications from Google informing him that his ad had been rejected and deemed “not eligible” for promotion because it violated Google policy. The ad, proclaiming that “womanhood is a birthright,” was labeled as “election advertising.”

“Everyone should have an equal opportunity to share their viewpoint,” Srulovicz asserted. “I guarantee you, if I did the opposite in the commercial and was really heavily pushing against the idea of gender roles there would be no issues with that ad whatsoever. The fact that I’m celebrating women and womanhood in the way I am, politically incorrect and against the mainstream narrative, it is censored right away and labeled as ‘election advertising.’ It’s not the first time we’ve seen this kind of thing. We have over 50,000 subscribers. Ever since we started putting out these ads, the engagement is very high among those who have seen the ads. But because it’s shadowbanned, they are unable to share it with others. It doesn’t come up in searches. They do whatever they can to limit viewership and it’s hard to advertise because we are severely limited in the avenues we can use. It’s censorship. They’re coming up with bogus reasons to prevent me from getting large viewerships.”

A video titled “What is a Man—A Response to Gilette,” was the first time Srulovicz felt compelled to push back. It was his response to an ad by Gillette titled “We Believe—The Best Men Can Be,” which sought to capitalize on the #MeToo movement. It played on the famous Gillette slogan, “The best a man can get” over a backdrop of images of bullying, sexual harassment, little boys fighting, and stereotypical sexist behavior by men everywhere from the average guy on the street to corporate boardrooms. The video assaults men for their “toxic masculinity” and poses the question, “Is this the best a man can get?” According to Very Well Mind, toxic masculinity “refers to the notion that some people’s idea of ‘manliness’ perpetuates domination, homophobia, and aggression.”

“It was a trend I was noticing at the time and the Gillette ad was the proverbial straw that broke the camel’s back,” Srulovicz explained. “So, I made this ad myself. I didn’t have much support at the time. People around me and people at my company were nervous about the response it would get. But I needed to do it.”

“What is a Man,” posted Jan. 16, 2019, also went viral. As of noon, April 14, the video had over 6.4 million views. The near 50,000 comments posted in response to the video are overwhelmingly and decisively positive, emotional, and grateful. “When it asks ‘is a man broken?’ my heart sunk,” one man reflected. “A large majority of us have been broken in such cruel ways. Some of the very best men are the most broken.” A woman wrote “Finally, an ad that doesn’t apologize for masculinity. So tired of the push to feminize men. Vive le difference.” Another wrote, “I’m a woman, and this made me cry. God bless to all men around the world who are helping another human being and make this world a better place.” Another man wrote, “Unlike gilettes [sic] commercial this ad actually inspires us men to be better versions of ourselves,” one man wrote. “Nicely done Egard!”

Conversely, the backlash leveled at P&G, the parent company of Gillette, was swift and extremely angry. Having received over 4 million views on its video—more than 2 million fewer than the Égard ad—comments left in response were charged with anger. People felt betrayed and insulted. “Wow, I never knew I was a misogynistic, raping, bully,” one man wrote. “I jus[t] thought I was a man, thank you for clearing that up Gillette.” A woman wrote, “I just threw up a little—the systematic suppression of healthy masculinity under the guise of social justice, is sick and soooo boring and dangerous. Love all people, hold all people accountable. the zeitgeist of virtue signaling disgusts me. leave our men alone.” Many of the comments are from people vowing to never buy another Gillette product, predicting how Dollar Shave Club must be “throwing a party right now.” Procter & Gamble indeed reported a net loss of $5.24 billion in July 2019 following an $8 billion write-down.

Another Srulovicz video, “What is Freedom—A Message to All of Us,” also went viral. It was posted to YouTube on Jan. 8, 2021. As Robert Farago wrote three days later in a piece called, “Égard Watches Political Ad Goes Viral” for the “fully independent watch website” Truth About Watches, “Égard watches released a hugely emotive, no-holds-barred ‘pro-freedom’ video on YouTube.” Farago noted how the video had racked up 410,000 views. But as of April 19, the video had only received about 526,000 views.

What is curious is how a video that received over 410,000 views in its first 72 hours would only be credited with less than 117,000 additional views over the next year and three months.

“The ultimate goal of the videos has been to raise awareness of these important issues,” Srolovicz said. “But these videos have also brought an increase in sales to our company, which we are proud to talk about, because we hope it sets an example for other companies, that they too can put out messages like this and have success with it. We received tens of thousands of supportive emails in response to our pro-police campaign.”

Srulovicz is now capitalizing on the support he has received from his video defending women’s rights. It’s called the Womanhood Necklace. “Be part of the movement to stand firm against the erasure of women,” he states on his website. “The hard-fought battles of women and their achievements are in grave danger. The womanhood necklace was created as a bold statement to support women and to speak the truth that women are born not made and their womanhood is a birthright.” Ten percent of all profits will go to supporting women’s rights.

Srulovicz doesn’t plan his videos. He said inspiration comes during those times when the world can see someone being attacked yet everyone seems too afraid to do anything about it. Mandates and government overreach, those are a big deal for him. In the wake of COVID-19, Srulovicz said there has been a “huge shift in the way we perceive virtues in society.” To him, “safety” seems to have become the greatest virtue.

“We’ve done away with virtues that are historically necessary in order for a society to flourish, virtues such as courage, freedom, fortitude, and being able to stand in the face of adversity,” he reflected. “Now we’ve taken safety, which is actually the antithesis of those virtues, and said ‘this is the most important thing.’” In the meantime, fear of becoming a target in the war of cancel culture has created a compliant society that is “just sitting back and allowing it to happen” because they are too afraid to speak up and have a voice.

“As of making this video the censorship continues,” Srulovicz posted beneath his “What is Freedom” video. “The Walk Away movement has been targeted by Facebook. If companies, organizations and those with influence don’t start speaking up to say it’s wrong… we will all lose.”

The Epoch Times reached out to Google for comment. 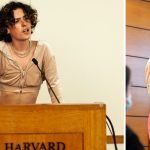 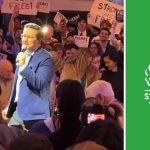