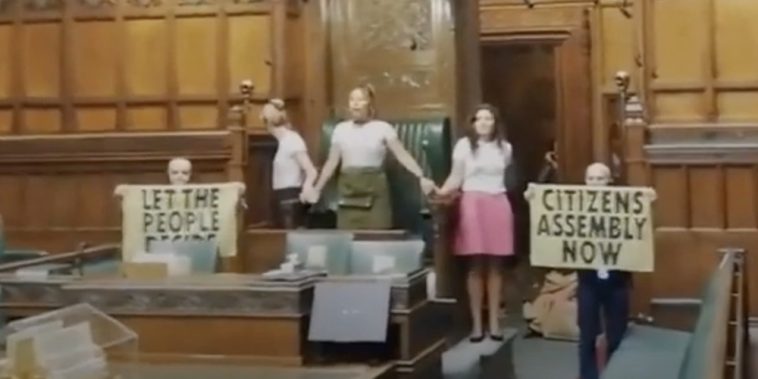 On Friday, members of the Leftist eco-radical group “Extinction Rebellion” descended upon the parliament buildings in London, with a number of them entering the Parliamentary Chamber and gluing themselves together in a chain around the Speaker’s chair.

According to a statement released by the group following the stunt, the goal of the protest was to bash the government’s handling of climate change, and suggest that there should be more involvement in decision making by ordinary citizens.

“With a new Prime Minister to be chosen next week by a fraction of the country, and the UK suffering from a cost of living scandal meaning millions won’t be able to pay their bills this winter, faith in politics is at an all time low,” the group wrote. “There is an urgent need to upgrade our political system to allow more representation and give ordinary people a say over the major crises facing us.”

They went on to suggest that a “Citizens’ Assembly” should be created to deal with climate change in order to “break the deadlock on Westminster corruption, allow more people to be represented, and restore trust in politics.” 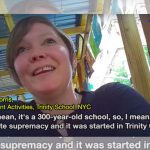 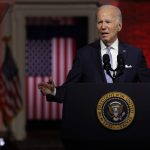