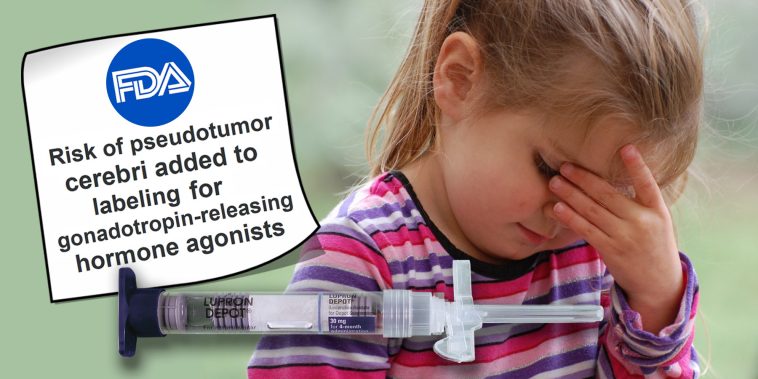 The FDA recently added a warning to gonadotropin-releasing hormone (GnRH) agonists—known to most as “puberty blockers”—after having identified a serious potential side effect for some that may cause a dangerous surge of spinal fluid pressure in the brain, that can cause headaches, nausea, double vision, and even permanent vision loss.

The FDA identified 6 cases in females ages 5-12 years old who were diagnosed with pseudotumor cerebri after taking GnRH agonists. Pseudotumor cerebri, also known as idiopathic intracranial hypertension, literally means “false brain tumor” because the signs and symptoms in affected patients are similar to those of a large brain tumor. An FDA spokesperson said that during a review of the published literature for the clinical use of Lupron Depot-PED (leuprorelin), several research papers described the development of pseudotumor cerebri in children who had been treated with puberty-blocking medications.

“The agency considered the cases clinically serious and, based on these reviews, determined that pseudotumor cerebri (idiopathic intracranial hypertension) should be added as a warning and precaution in product labeling for all GnRH agonist formulations approved for use in pediatric patients,” the spokesperson told Formulary Watch. “Although the mechanism by which GnRH agonists may lead to development of pseudotumor cerebri has not been elucidated, and patients with CPP may have a higher baseline risk of developing pseudotumor cerebri compared with children without CPP, this potential serious risk associated with GnRH agonists justifies inclusion in product labeling.”

While puberty blockers have a long history of different uses, including the chemical castration of violent sex offenders, they are now most commonly recognized for the off-label treatment of gender dysphoria because of their mechanism to stop the production of estrogen and progesterone. 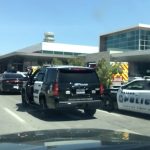 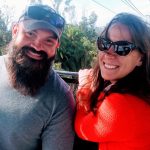