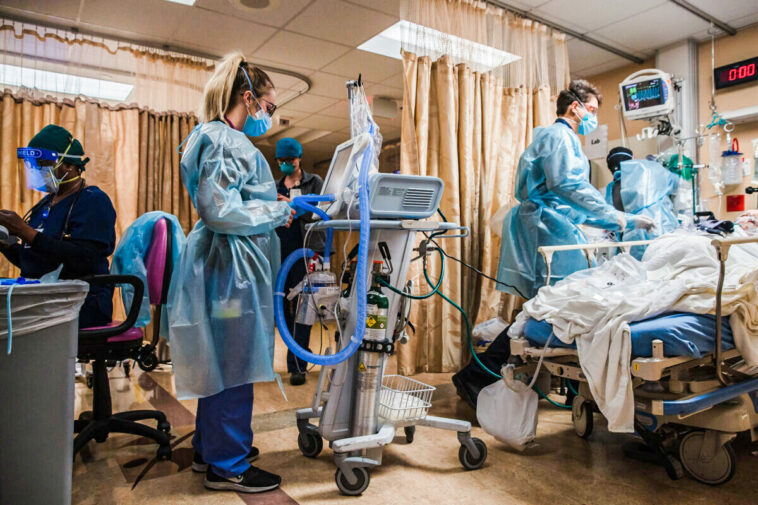 Around the United States, in numerous cases, hospitalized COVID-19 patients have asked for Ivermectin but were denied the drug, and then sought a court order forcing the hospital to provide the requested medication. Ivermectin, which has been used safely in humans since 1985, has shown promise in treating the virus, especially when taken early. Although it is an off-label use and not guaranteed to work every time, it is legal for doctors to prescribe Ivermectin for COVID-19, and many patients, some desperate and dying, want to give it a try.

Why are so many hospitals opposed to trying safe, inexpensive Ivermectin? The answer is tied to the complicated financial house of cards covering the entire health care system.

This isn’t a story about Ivermectin; it’s about what COVID-19 exposed in America’s health care system. The federal government, pharmaceutical, and insurance companies hold the reins on what care hospital administrators can offer. They never looked at your chart, but have a say in your treatment, and doctors who stray from administrative protocol can kiss their careers goodbye.

Here is a look at the many forces driving health care decisions outside the doctor-patient relationship.

“Almost no one pays for direct care anymore,” Stock told The Epoch Times. “You pay for your care as you give your money to the federal government through taxes, or to an insurance company through premiums.”

The insurance company or the government buys the service for you as a third party. That’s a problem, Stock says, because “The federal government never has paid its bills. Every doctor and every hospital lose money on every Medicare and Medicaid patient who comes in the door.” And to make up the loss, he says, the cost of health care is inflated for those with private insurance.

A 2017 fact sheet produced by the American Hospital Association said the annual shortfall borne by hospitals is $57.8 billion, and privately insured patients and others make up the difference.

This cost-shifting caused inflation of medical prices and that sparked increases in private health insurance premiums.

“Employers started screaming about it, people started dropping their private insurance because it just wasn’t worth the money anymore, so that’s why the Affordable Care Act got passed,” Stock said. “The idea was, look, market forces won’t make you join in and buy through the third-party payment scheme to keep Medicare and Medicaid afloat. Hospitals are screaming ‘we’re going to go bankrupt.’ So the Affordable Care Act comes out, which says that everybody in the country has to buy insurance, and if you’re an employer, you have to buy it for your employee. You’re not allowed to say no. If you do, we give you a great big tax.”

“But there was a problem with the Affordable Care Act. They have this thing called Medical Loss Ratio,” Stock said. “Somebody talked to these idiots in our federal government into saying hey, if you’re a private insurance company, you have to spend 80-85 percent of the premiums you take in on medical supplies and services. Only 15-20 percent of it can be given to the stockholders or be used to pay administrative fees.”

With this rule, insurance companies are more profitable when patients stay sick.

For example, let’s say the insurance company plans to cover 100 patients with high blood pressure, and it plans to buy a certain blood pressure drug. It estimates the dose these patients will use and negotiates a price with the drug company.

“I’m not going to try and negotiate a low price. I want the price to be high because I’m going to get to keep 20 percent of whatever I buy for them,” Stock said. “The drug company is like, fine, I’ll sell you the high price. Now let’s say two of those 100 patients start eating better food and get rid of their high blood pressure. They don’t need the drug anymore.” The insurance company budgeted to earn based on everyone staying sick. With two people off the drug, the company loses 2 percent of its anticipated profit, in this example.

“The insurance company would have made more money if the population would have stayed sicker and bought more stuff. Let’s take the flip side,” Stock said. “Let’s say 100 percent of those patients see their blood pressure get worse. Now they need to take an additional medication. I’m going to lose money because let’s say 90 percent of the premium I’ve collected has to go buy drugs for high blood pressure patients. Now I’m not going to make as much profit. So, the insurance industry has become a pre-payment scheme for health care services and the way they maximize their income is, don’t buy at low prices, buy at high prices and then force everybody to stay on budget.”

How do insurance companies predict the public’s health?

Electronic records, developed around 20 years ago, helped doctors track patient data such as sodium level, blood sugar, and kidney function. About five years later the government realized hospitals and independent doctors were tracking that information but couldn’t share data with each other because of privacy rules associated with the HIPAA Law.

That is why, in 2012, Accountable Care Organizations (ACO) were formed. Doctors and hospitals that join an ACO are now working for one big employer.

Medicare and Medicaid said anybody who is not part of an ACO would have their reimbursement cut by 3 percent. It also offered a 2 percent increase to those who did join an ACO, Stock said.

“You’ve got to know that the margins in medicine are really narrow. Most hospitals have a one or two percent margin,” Stock said.

“The federal government then said, to get that 2 percent and to maintain your reimbursement, there are two other things you have to do,” Stock said.

First, ACOs became obligated to use an electronic medical record system and report data back to the feds and insurance companies.

The data doesn’t drill down to the level of “John Smith has asthma,” but it does tell what percentage of coronary artery disease patients are on a statin drug, or what percent of people with COVID-19 are being treated with respirators.

To enter the information into the computer system, doctors must link a treatment to a diagnosis. They must link a Current Procedural Terminology (CPT code) with an International Classification of Diseases (ICD diagnosis code).

If a doctor were to link a treatment like Ivermectin to an off-protocol diagnosis, such as COVID-19, the ACO will be financially punished and the doctor would face consequences, Stock said. To change the diagnosis code to a government acceptable code but use the medicine for something else would be fraud. The prescription must match the diagnosis in the protocol.

Here’s the second thing the government said you had to do to maintain your 2 percent reimbursement: the government and insurance companies came up with a Pay for Performance plan, also known as value-based programs.

The CMS website lists “quality improvement organizations” that develop and implement these programs, including the National Quality Forum; the Joint Commission of the Accreditation of Health Care Organizations; the National Committee for Quality Assurance; the Agency for Health Care Research and Quality; the American Medical Association. Some of these groups are led by former insurance, pharmaceutical or CMS executives.

Now the government, advised by insurance and drug companies, defines what good medicine is, Stock says. Doctors must make a diagnosis and provide the protocol code of care.

Like a social credit score, individual health care providers are being scored by their performance.

“Every doctor, nurse practitioner, and physical therapist is a cost center for the hospital and the ACO knows exactly how many referrals and how many lab tests they contracted, and they know how much profit individuals are getting from the insurance company,” Stock said. “They’ll come and tell you verbally, they won’t put it down on paper, but administrators will show you exactly how much money the ACO is making on you, how much you’re doing, and if you’re not profitable they’ll get rid you.”

New doctors can come out of college with $350,000 in debt. Older doctors may have kids in college. They sign a contract with a restricted clause that says if the ACO fires them, they must move 10-15 miles away from their practice or from all properties in the ACO.

Training the Next Generation

The federal government has a program for new doctors with college debt. Work 10 years at a non-profit ACO and your loans are forgiven. That means 10 years of following the protocols.

“If the doctors aren’t following it, the hospital and the ACO takes a financial hit. An ACO can bankrupt easily because the margins are small and so they control what the doctor can go study,” Stock said. “Now the doctor comes to work every day with a financial gun to his head. ‘If I don’t follow these protocols made by the federal government and the insurance companies, I may end up getting fired, then my family doesn’t make money. I’ve got to go study what the government and insurance company tells me to go study for continuing education. I don’t get to think on my own.’ They’re talking over the entire profession. They have been doing this for 15 years. These doctors are unable to think on their own. Doctors cannot question the federal government. That’s how health care works in the United States right now.” 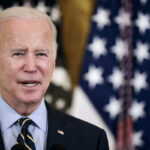 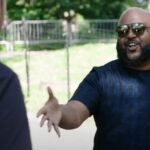