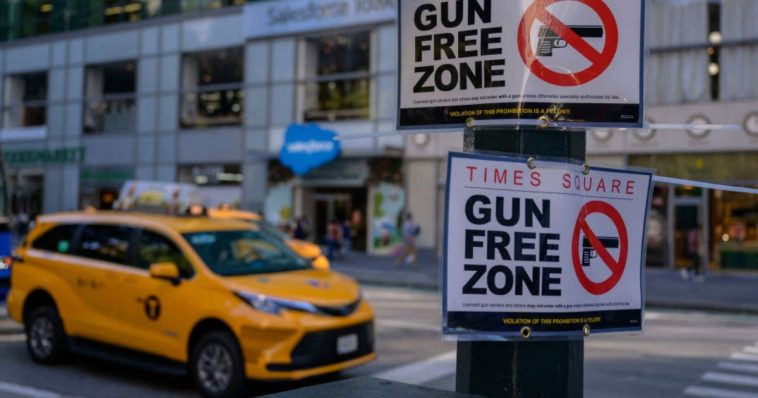 Calling it “patently unconstitutional,” a federal judge on Monday gutted New York state’s anti-gun legislation in issuing a preliminary injunction against core elements of the law, which was passed this summer after a previous law was thrown out by the Supreme Court.

U.S. District Court Judge Glenn Suddaby of the Northern District of New York issued a preliminary injunction on Monday, according to Reuters. As of Tuesday, when Democratic Gov. Kathy Hochul, an architect of the law, is fighting for re-election against Republican challenger Rep. Lee Zeldin, it was uncertain whether the state would appeal.

The ruling said the law was filled with “unprecedented constitutional violations.”

“The subjective and vague standard of ‘good moral character’ could allow licensing officers to deny an application if they were to see reflected in a compulsively disclosed social-media handle any hobby, activity, political ideology, sexual preference, or social behavior that they personally deem to show bad ‘temperament’ or ‘judgment,’” Suddaby wrote.

“Upon closer examination, the Court finds that this regulation’s burdensomeness on law-abiding responsible citizens (their subjection to the unbridled discretion of licensing officers to determine what information is “reasonably necessary and related to the review of the licensing application” without any limitation regarding whether that information is to be communicated orally as opposed to in writing) does not appear to be reasonably proportionate to the burdensomeness of the relevant historical analogues (which required merely a few character references), especially given the dearth of evidence adduced by the State Defendants for this unbridled discretion,” he wrote.

Suddaby rejected the state’s claims that the new law fits with the historical pattern of gun regulations. 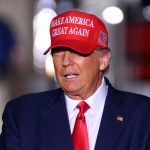 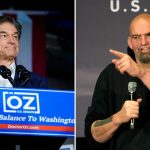