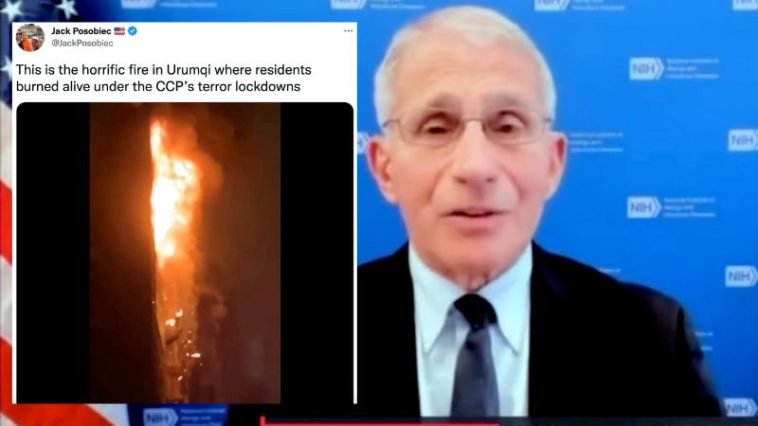 Earlier in the year, Dr. Anthony Fauci said China’s draconian lockdowns were successful in preventing the spread of infection, while the measures themselves implemented by the CCP resulted in a dozen people being burned alive as they were forcibly locked inside an apartment building in the Xinjiang region of the country on November 24.

Speaking to NBC’s Andrea Mitchell, Fauci said, “I remember early on, they [Chinese leadership] were saying, and I think accurately, that they were doing better than almost anybody else,” because of their severe lockdown. He continued and said, “you use lockdowns to get people vaccinated.”

Many of the recent protests were spurred by the deaths of at least 12 people in a Urumqi apartment building fire. The residence, located in the Xinjiang region of the country, was sealed shut by CCP officials to stop the spread of Covid and when a fire broke out, those citizens were burned alive. That served as the inciting incident for citizens rising up in protest Sunday resulting in growing tensions between the CCP and its people.

Fauci has also lobbied for wearing multiple masks, despite evidence contradicting their efficacy. He has also pushed for vaccine mandates, all in pursuit of reducing covid transmission to zero. 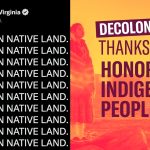 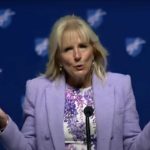