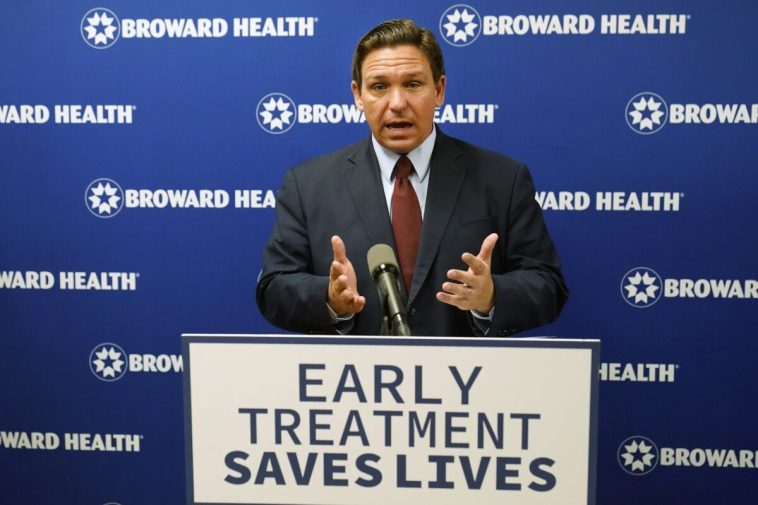 Florida Gov. Ron DeSantis announced on Jan. 3 that the federal government had relaxed its policies on limiting monoclonal antibody treatment drugs, paving the way for the state to receive more doses.

DeSantis said as soon as more doses were released he would be setting up to 10 new public infusion centers in southern and central Florida. “We’re locked and loaded,” the governor said at a press conference at Broward Health in Ft. Lauderdale.

DeSantis said he had asked the Biden administration to “stop preventing the distribution of these treatments.”

“HHS [Department of Health and Human Services] decided to reverse course and they are going to be sending these treatments. I think it was the right thing to do.”

The governor’s office, in a statement, however, said that “Following reversal of federal monoclonal antibody distribution pause, Florida needs at least 30,000 more doses per week than it is receiving through the Biden Administration’s allocation system”

DeSantis said the federal government had “cornered the entire market” of monoclonals.

“We’ve got the infrastructure in place. It’s just a matter of the federal government giving us more doses … for the Floridians who need it.”

The antibody therapy had been shown to sharply reduce the severity of COVID-19 cases when given to patients within a 10-day window of experiencing symptoms.

DeSantis said he believed most infections were from the Omicron variant, but “Delta is still there.”

“Most of the people that get really seriously ill are being infected with the Delta variant,” he said.

“It’s important to understand that and be able to have a strategy in place that is going to deal with both of those.”

The Epoch Times reached out to HHS for comment, but they did not respond by press time.

The department announced in mid-September it would be “limiting shipments” due to “a substantial surge in the utilization of monoclonal antibody (mAb) drugs.”

According to the chief of health security at the Association of State and Territorial Health Officials, James Blumenstock, federal officials informed their state counterparts that there had been a 20-fold increase in demand for monoclonal antibodies.

Blumenstock said before the federal government “took over” the distribution of antibodies from two companies—Regeneron and Eli Lilly—treatment centers and doctor’s offices could order directly from them.

At that time Gov. DeSantis said he was “surprised” by the restrictions because he had been told Florida would receive a 50 percent increase of the drug, not a decrease.

The Florida governor contacted GlaxoSmithKline, one of the makers of monoclonal antibody treatments, and ordered the drug directly from the company in an effort to make up for the shortage under the HHS distribution plan.

Before the official announcement, a Texas doctor sounded the alarm about the government restrictions and said he would no longer be able to order “what he needed” for his patients.

Jim Jackson, a Houston urgent care specialist, said he was getting doses of the antibody treatment through AmerisourceBergen, a third-party affiliate for Regeneron.

He was “surprised” to find out that he had to provide the company with other information besides his actual order.

“This is what happens when government gets involved in things,” he told The Epoch Times in September. “Before I just told Amerisource how many doses I wanted, and they sent them; Now I have to inventory my entire supply room to count masks and gloves.”

A notice of the limitation on orders was posted on the HHS website and said that the limitation was to “help promote optimal and equitable use of the available supply.”

Zachary Stieber contributed to this report 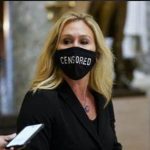 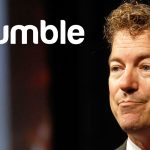