Three Italian surgeons published a study analyzing peripheral blood drops from 1,006 symptomatic subjects after they got a Pfizer/BioNTech or Moderna mRNA injection and found 94 percent of them to have “aggregation of erythrocytes and the presence of particles of various shapes and sizes of unclear origin,” one month after inoculation.

Erythrocytes are a type of red blood cell that carries oxygen and carbon dioxide.

“What seems plain enough is that metallic particles resembling graphene oxide and possibly other metallic compounds, like those discovered by Gatti and Montanari (Montanari & Gatti, 2016; Gatti & Montanari, 2012, 2017, 2018), have been included in the cocktail of whatever the manufacturers have seen fit to put in the so-called mRNA ‘vaccines.’”

Franco Giovannini MD, Riccardo Benzi Cipelli MD, DDS; both residing in Mantua, Italy; and Gianpaolo Pisano, MD, OHNS, are the surgeons who published the study in the International Journal of Vaccine Theory, practice, and Research (IJVTPR).

They state that their results are very similar to the findings of Korean doctors Young Mi Lee MD, Sunyoung Park MD, PhD, IBCLC, and Ki-Yeob Jeon MD, PhD, ScD titled “Foreign Materials in Blood Samples of Recipients of COVID-19 Vaccines,” but they have tested a much larger sample.

“It could be claimed that, except for our innovative application of dark-field microscopy to mark the foreign metal-like objects in the blood of mRNA injections from Pfizer or Moderna, we have replicated the blood work of the Korean doctors with a much larger sample,” state the Italian doctors.

“Our findings, however, are bolstered by their parallel analysis of the fluids in vials of the mRNA concoctions alongside centrifuged plasma samples from the cases they studied intensively.”

Further studies are needed to define the exact nature of the particles found in the blood and to identify possible solutions to the problems they are evidently causing.

Out of the 1,006 cases, only 58 people showed a completely normal hematological picture via microscopic analysis.

The researchers cite numerous studies to back up their findings, including the “well-known” tendency of fibrin to cluster, vascular toxicity of the spike protein, and other adverse effects.

“We assert unequivocally that the 4 cases described in this series are representative of the 948 cases in which extraordinarily anomalous structures and substances were found,” the researchers say.

“In conclusion, such abrupt changes as we have documented in the peripheral blood profile of 948 patients have never been observed after inoculation by any vaccines in the past according to our clinical experience. The sudden transition, usually at the time of a second mRNA injection, from a state of perfect normalcy to a pathological one, with accompanying hemolysis, visible packing and stacking of red blood cells in conjunction with the formation of gigantic conglomerate foreign structures, some of them appearing as graphene-family super-structures, is unprecedented. Such phenomena have never been seen before after any ‘vaccination’ of the past,” the researchers state.

“In our experience as clinicians, these mRNA injections are very unlike traditional ‘vaccines’ and their manufacturers need, in our opinions, to come clean about what is in the injections and why it is there.”

“In our collective experience, and in our shared professional opinion, the large quantity of particles in the blood of mRNA injection recipients is incompatible with normal blood flow especially at the level of the capillaries. As far as we know, such self-aggregation phenomena have only been documented after the COVID-19 mRNA injections were first authorized, then, mandated in some countries,” the authors of the study state.

Graphene oxide is a type of material “considered two dimensional” and also considered “to be the strongest material in the world,” and the most conductive to electricity and heat, according to graphene-info.com.

Dr. Sherri Tenpenny, who has been ahead of the curve in vaccine adverse reactions, believes that these metallic structures could be related to the strange clots embalmers have been finding in the corpses they treat since around the pandemic.

“Whatever is actually found to be in the shots, whether the components are graphene, aluminum, crystalline amyloid, disintegrated fibrin, highly charged nanotech particles, or something else, the disruption in the blood demonstrated on these slides is devastating and irrefutable, as are the corresponding histories of the patients involved,” Tenpenny told The Epoch Times.

“The rouleaux formations seen, for example, in figures 8, 16, and 22, represent widespread ‘sticky red blood cells’ which can lead to clots anywhere in the body. Figure 22 is especially frightening as this sample was taken only two days after the second Moderna jab,” she added.

Dr. James Thorp, who has been analyzing the adverse effects of COVID vaccines, thinks that this study could answer some questions about the contents in the vaccines, he shared some of his findings and theories with The Epoch Times.

“Graphene oxide is an artificial, highly magnetic substance with widespread utilization. … While first discovered in 1859, graphene oxide has extensive commercial application, especially in the field of pharmacologic nanotech delivery systems in medicine. It has the potential of self-assembly within the blood by a variety of potential energetic mechanisms,” Thorp told The Epoch Times.

But Thorp thinks that the phenomenon involving metallic objects sticking to people’s bodies, apparently magnetically, is not related to the vaccines, as some of them claimed.

“Last year many social media posts alleged that the COVID-19 vaccine contained substances that caused attraction to magnets and non-magnetized metals. We conclusively demonstrated that this was a false narrative. The neodymium magnets and non-magnetized paperclips attached to the human body in about 50 percent of testing subjects unrelated to the COVID-19 vaccines,” Thorp said.

“Interestingly no other medical study could be found in the medical literature that describes human magnetism prior to this manuscript. Magnets and paperclips have been around for centuries, and it would be quite peculiar had they stuck to the human body in the past and not be the focus of intense scrutiny and investigation. One might speculate that graphene oxide in our bodies was not present 30 years ago but slowly accumulated over decades of exposure resulting in attachment of magnets and paperclips to the human body. It is speculated the electromagnetic energy possibly even from cell towers and/or WIFI could stimulate the assembly of graphene oxide and interfere with the body’s own energetics fields,” he went on.

Thorp is also of the opinion that the metallic-like objects could be the cause of the strange clots that embalmers have been finding.

“The basis of most illnesses, including COVID-19, and the basis of the COVID-19 vaccine complications are directly related to energy deficiencies. The vaccine causes disruption and diversion of energy away from the water, molecular and cellular levels, away from basic physiologic processes and toward the pathologic production of spike protein. This potentially explains many of the abnormal assembly of substances within the intravascular space including the substances noted by Cipelli et al. as well as the misfolded proteins resulting in blood clots, prion disease, Creutzfeldt-Jacob disease, amyloidosis, and countless other diseases,” Thorp said.

“I have observed that vaccinated individuals present some particular changes in their blood and in their peripheral circulation with more frequency than non-vaccinated,” Reitz told The Epoch Times.

“I am observing individuals with one jab, two jabs, three jabs, and four jabs. Individuals that were vaccinated 18 months ago, 12 months ago, and 6 months ago. This probability permutation is very important to determine the number of injections per time as I noticed it determines the degree of severity of reaction in the person’s body. That could explain why some researchers using the same tools and technics are differing in their results. That is because they are not considering the individuality here, time of exposure, and jab content. All these variables only create difficulties for the scientific community to reach a consensus although we are all correct in what we are finding, but our findings alone do not represent the total truth,” Reitz said.

“My comparison is based on signs of compromised immune system, indications of radiation exposure, blood electrostatic changes, size and number of platelets, fibrins, infections, chemicals and crystallization structures in the blood samples, and indications of graphene.”

Pfizer told Reuters in July of 2021 that their COVID vaccines do not contain graphene oxide.

“Graphene oxide is not used in the manufacture of the Pfizer-BioNTech COVID-19 vaccine,” Pfizer’s senior associate of Global Media Relations told the outlet.

James Smith, the President and Chief Executive Officer of Thomson Reuters is a board member of Pfizer.

According to a fact sheet issued by the FDA, the Moderna vaccine does not contain graphene oxide.

Moderna and Pfizer did not respond to a request for comment. 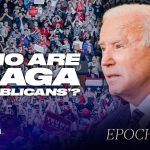 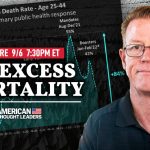