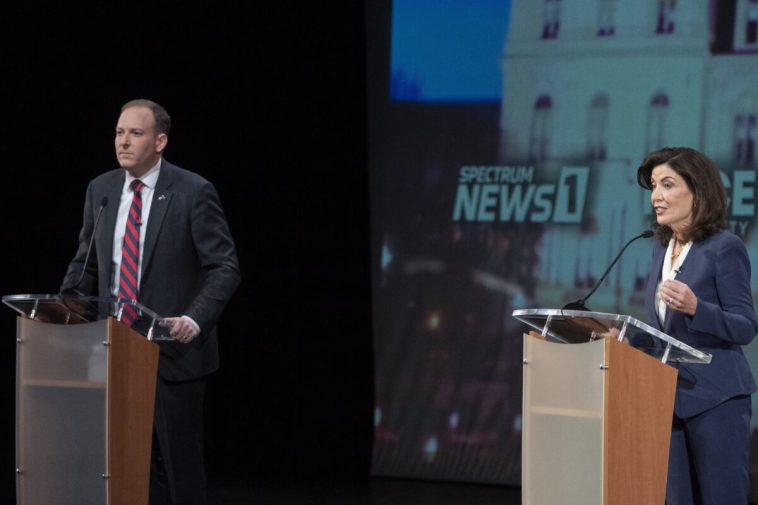 Republican New York gubernatorial candidate Lee Zeldin suggested he would declare a crime emergency and end cashless bail if he’s elected, according to remarks he gave during the first and only debate between him and Democrat New York Gov. Kathy Hochul.

Zeldin also declared that he would use his authority as governor, if elected, to remove Manhattan District Attorney Alvin Bragg, one of several high-profile prosecutors linked to controversial billionaire donor George Soros.

“My opponent thinks that right now there’s a polio emergency going on but there’s not a crime emergency—different priorities than I’m hearing from people right now,” said Zeldin, a U.S. House representative from Long Island, on Tuesday evening during the debate. “They’re not being represented from this governor—who still, to this moment … hasn’t talked about locking up anyone committing any crimes.”

“I have publicly pledged that my first action, my first day will be to notify Manhattan District Attorney Alvin Bragg that he is going to be fired,” he also remarked, adding he believes “there is a crime emergency in New York and I have publicly pledged that if the state legislature isn’t coming to the table, I will declare a crime emergency and suspend New York’s cashless bail law.” 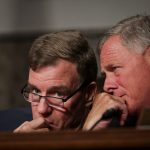 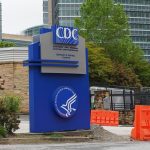