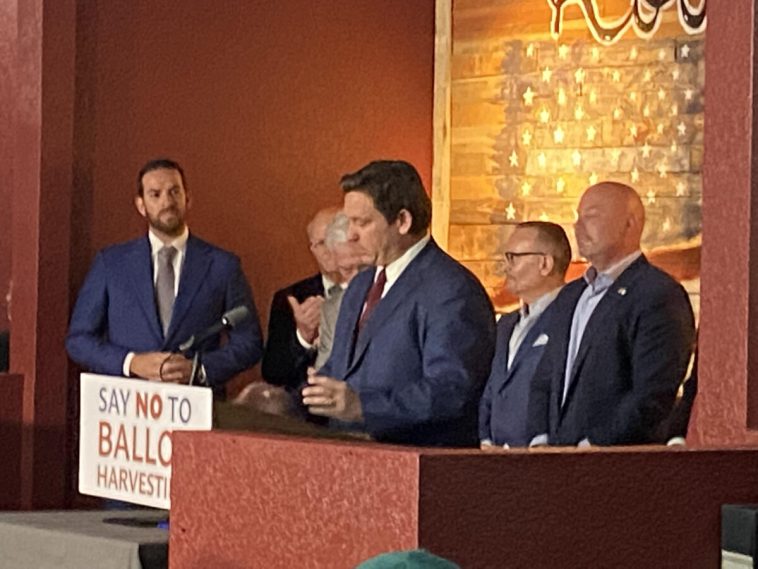 DeSantis announces “the state of Florida has charged and is in the process of arresting 20 individuals across the state for voter fraud.”

At a press conference that began at 2:43 p.m.in Fort Lauderdale on Aug. 18, Flordia, Gov. Ron DeSantis—backed by no less than 15 law enforcement officers and flanked by Attorney General Ashley Moody, Secretary of State Cord Byrd, Department of Law Enforcement Acting Commissioner Mark Glass, and Election Crimes and Security Office Director Peter Antonacci—announced that 20 people have been charged with voter fraud and are in the process of being arrested.

“The majority of these people illegally voted in Palm Beach, Broward, and Miami Dade, although there are others in other parts of the state,” DeSantis said. “These people voted illegally in this case and there are going to be other grounds for other prosecutions in the future. They are disqualified from voting because they have been convicted of either murder or sexual assault and they have been disfranchised under Florida Law,” saying Amendment 4 of Florida’s Constitution specifically cites sexual assault and homicide as convictions precluding someone from having an “automatic restoration of their voting rights.” 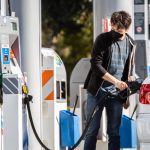 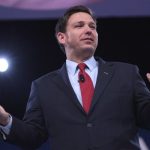