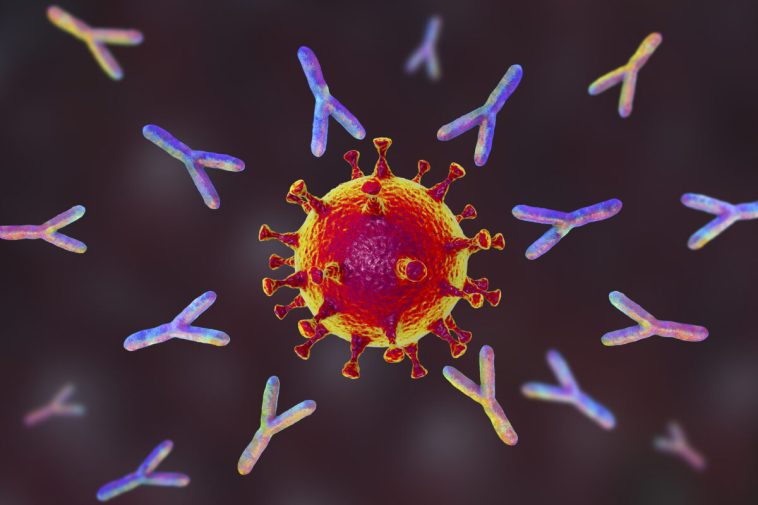 A team of 19 scientists from the United Kingdom have published new research that helps explain why countries with the highest vaccination rates are experiencing the highest numbers of what they call “breakthrough infections,” as well as reinfection with other variants of COVID-19.

This research article, published on June 14, 2022 in the peer-reviewed journal Science, has been downloaded nearly 277,500 times in less than two months. That is very unusual for a densely worded highly technical scientific study.

We can only speculate the reason so many people have been reading it. But what this study suggests—which many clinicians and research scientists have expressed concerns about—is that COVID-19 mRNA vaccines as well as the booster shots may be making our immune response less effective against the Omicron variant of the virus.

If this is correct, it means that the vaccine itself is leading to widespread infection. Instead of stopping the virus, it appears that the mRNA vaccination programs around the world may have inadvertently made the virus more ubiquitous.

As the British scientists point out, countries with higher vaccine uptake rates are experiencing high numbers of primary infections and frequent reinfections with SARS-CoV-2.

In contrast, in places where vaccine campaigns have not been widely implemented—including most countries in the continent of Africa—people are not becoming infected.

Analyzing why the most vaccinated populations are getting the most Omicron infections, this study focused on the most-vaccinated professionals: Medical personnel who had been given the two doses of mRNA vaccines early on, and were then given booster shots twice more. To find out what was happening on a cellular level with these highly vaccinated healthcare workers, the scientists kept close track of the different types of immunoglobin in the participants’ blood.

Immunoglobin (Ig), also known as antibody (Ab), finds viruses, bacteria, and such and leads the immune system to respond appropriately.

Scientists have identified several types of immunoglobulins, each guiding the immune response in a different way for different phases and types of infection.

IgG4 is the form of immunoglobin that activates a tolerance response in the immune system, for things you have been exposed to repeatedly and do not need to mount an inflammatory response to. This is good if you are trying to avoid immune sensitivity to a food, for example. But it is not the kind of immune response that the COVID-19 vaccines were designed to create.

Beekeepers, when they are repeatedly stung by bees over their career, mount an IgG4 response to the assault on their immune systems. Basically, their bodies learn that the bee venom is not dangerous and their immune response to bee venom becomes an IgG4 response, so they are able to tolerate the stings very well. While the bee venom itself will not harm the body, the body’s own inflammatory response can be dangerous. If the body overreacts and develops a generalized response in which the inflammation itself jeopardizes a person’s breathing, the immune response can be lethal.

This study demonstrates exactly how the repeat vaccinations are causing people to be more susceptible to COVID-19. Initial doses of the vaccine brought about classic inflammatory immune responses. Inflammation is a fundamental part of an immune response (to a vaccine or to an infection), and is responsible for most of what you feel when you are sick: fever, aches, lethargy, etc. This inflammation is why you may feel sick if you get a flu shot, and why the COVID-19 vaccine has become famous for making people feel so sick for a few days. Your body is producing an inflammatory response to the COVID-19 proteins.

But what happens in the body after you have had two vaccines and then you are given a third? The scientists found that successive doses of the mRNA vaccines start to habituate or desensitize the subjects to the COVID-19 proteins, migrating their immune response over to being dominated by the IgG4 form, which essentially teaches the body to tolerate the proteins.

A Different Kind of Protection?

The participants’ response to COVID-19 had actually been turned off, making them even more vulnerable to infection and less likely to mount a response to it than those who had never been vaccinated.

When you are exposed to a cold or any other virus repeatedly, spaced out over a lifetime, which is what happens with natural exposure, you don’t develop a tolerance to it, your body fights it off without you knowing it. Your body is using the normal disease-fighting immune response but, since it recognizes the infectious agent, you do not get symptoms of inflammation. This is why when you are naturally exposed to many diseases, you then have lifelong immunity.

In contrast, this new study shows that the repeated mRNA injections and boosters for COVID-19 are producing a tolerance response, as if they were allergy shots. They are habituating the body to the virus, so that you no longer recognize it as something dangerous.

Another study, published in July by a team of more than 20 German scientists, independently confirmed that successive COVID-19 shots and boosters were converting the immune response from the protective class of IgG response to the toleration class.

At the same time, creating this vaccine-induced tolerance did not mean that the subjects were left unprotected.

So the vaccine and booster program have ended up doing the opposite of what was intended to do: keeping people from getting sick.

But was this ever a realistic goal? COVID-19 is like related endemic coronaviruses. Just like the common cold, it appears that SARS-CoV-2 isn’t going away, nobody can avoid it indefinitely, and that it will keep mutating.

On the one hand, this study suggests that the vaccines are helping the body’s immune system not overreact to the virus. The virus itself was not killing people—it was the interaction of the virus with patients’ immune systems that caused severe and sometimes lethal infections, as the immune system overreacted to a novel virus.

On the other hand, naturally acquired immunity appears to be stronger than vaccine acquired immunity, and the dangers of the vaccines themselves, especially for young people, suggest that the risks of vaccination far outweigh the benefits.

If the vaccinated are now readily getting the virus but having only mild reactions because their immune systems are telling them to tolerate it, this may have been a benefit to vaccination.

But the booster shots were never necessary to produce tolerance: the study showed that the subjects started developing tolerance after only two doses. The vaccines may have helped desensitize the population to harmful inflammatory immune responses to COVID-19. They have played their part. There is no need to continue with successive boosters. 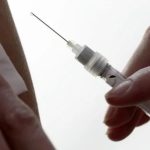 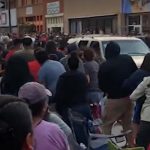