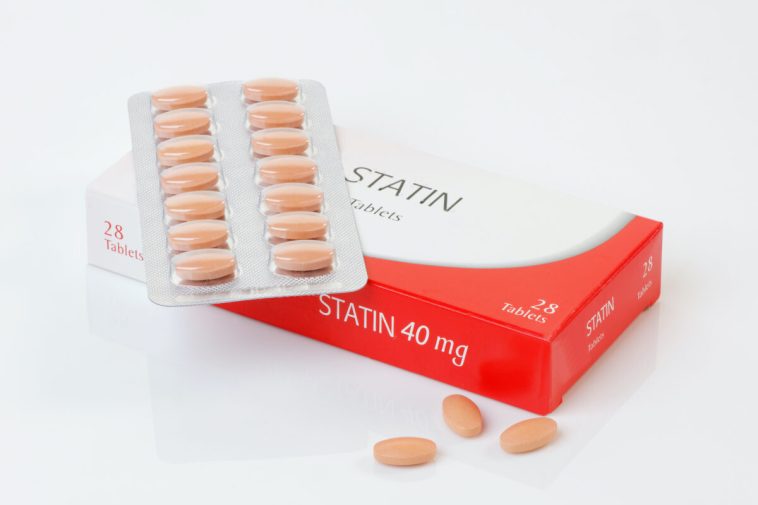 The three greatest distinctions between plants and animals are that animals have a nervous system, mobility, and cholesterol.

In recent years, the pharmaceutical industry has painted cholesterol as the root of all evil, saying that if your cholesterol is anywhere higher than a certain level, then you’re in great danger and must take X number of precautions and Y number of drugs.

One class of drugs in particular that has risen to prominence over the past few decades is statins. Statins are a type of enzyme inhibitor, which means that they hinder biological processes in the body.

Statins block the HMG coenzyme A reductase from functioning normally, which is a critical step in a long chain of reactions that leads to the production of many essential fats and molecules inside the body, including cholesterol. Blocking the HMG coenzyme A is how statins reduce cholesterol levels.

The Necessary Nature of Cholesterol

So what does cholesterol do? Cholesterol is a vital lipid found inside all animals and humans. It facilitates a well-functioning nervous system as well as efficient mobility.

Cholesterol is found on the surface of cell walls in concentrated areas called “lipid rafts” and also scattered all over the surface. The “rafts” help greatly with nutrient and ion transportation, and scattered cholesterol is a great aid to muscle contraction and functionality.

Cholesterol is also a precursor to many vital hormones found in the human body, including vitamin D3, sex hormones, and adrenal gland steroids. It prevents ions—positively or negatively charged particles such as sodium and potassium—from leaking across cellular membranes. Cholesterol also keeps bile acid levels in check.

And while the brain makes up about 2 percent of the body’s weight, it contains about a quarter of the cholesterol in the body.

An article published by Norbert Kucerka et al. in the Journal of the American Chemical Society condenses the role of cholesterol into a few sentences.

“Cholesterol is found in all animal cell membranes and is required for proper membrane permeability and fluidity. It is also needed for building and maintaining cell membranes, and may act as an antioxidant. Recently, cholesterol has also been implicated in cell signaling processes, and is suggested to enable lipid raft formation in the plasma membrane.”

Now, you can see that for our cells to work properly, we need cholesterol. But according to Big Pharma, we don’t.

You have probably heard of LDL before. LDL stands for low-density lipoprotein, which is made from cholesterol and a protein called “apoB,” among a number of other molecules. LDL, however, isn’t a form of cholesterol, much like how a steering wheel isn’t a car. LDL transports many vital molecules such as cholesterol itself, vitamin D, and antioxidants across the body. Lower LDL usually means a reduction in the bioavailability of these vital nutrients.

Now, remember the “apoB” protein mentioned above? The apoB protein is especially vulnerable to attacks from sugars in the bloodstream such as glucose and notably fructose. Once a sugar attaches itself onto apoB proteins in the bloodstream, the entire LDL particle becomes less efficient at delivering its contents and sticks around longer, causing an increase in LDL serum levels. This is especially the case in diabetics.

The liver has the job of converting fructose and other sugars in the bloodstream into fats (such as cholesterol, vitamin D, and hormones), packaging them into LDL particles that are transported throughout the body. However, excess sugars in the bloodstream will interfere with this process and lead to LDL of poor quality being produced by the liver. The “poor” LDL is then more likely to be interfered with by blood sugars, as there’s no cholesterol protecting it. The liver can’t keep up with the demand for cholesterol needed for LDL production and fructose conversion, and a vicious cycle ensues.

Statins directly inhibit the production of cholesterol, which means that the liver now has no chance of keeping up with converting the blood sugars into fats. Fructose, especially, stays in the bloodstream and continues to damage proteins.

The biological chain reaction that statins stop doesn’t only produce cholesterol, but also the coenzyme Q10; statins, therefore, have a significant impact on energy production.

The muscles now face a number of issues due to insufficient coenzyme Q10 and cholesterol. Ions leak from muscle cells because cholesterol isn’t there to stop it. The liver can’t keep up with fructose conversion because of a lack of cholesterol. There’s more sugar in the blood that causes oxidative damage to muscle cells.

The mitochondria in cells across the body also struggle with energy production because they’re missing the coenzyme Q10, not to mention that cells receive fewer fats as fuel in general because less LDL is being sent out from the liver.

Everything that we do depends on energy. The energy the cells use doesn’t come from the wall socket, but from a molecule called adenosine triphosphate, or ATP. The synthesis of ATP from sugars results from two steps: anaerobic (without oxygen) and aerobic (with oxygen). The anaerobic step produces two molecules of ATP, while the aerobic step usually cranks out somewhere between 32 to 36 molecules of ATP.

Even though the muscle cells of people taking statins are missing coenzyme Q10 and therefore don’t have sufficient ability to utilize the aerobic part of ATP synthesis, they can still produce energy—it’s just much less efficient.

It’s like driving a car with square wheels instead of round ones. With the predominance of the anaerobic step of ATP synthesis, the liver, struggling with the fructose issue, hands off fructose production completely to the muscles. Now, the muscles are working overtime to inefficiently produce ATP from fructose and convert it to lactate, a healthy molecule the heart can use as an alternate fuel source.

Stephanie Seneff, a senior research scientist at the Massachusetts Institute of Technology, says in her paper “How Statins Really Work Explains Why They Don’t Really Work” that she believes that “the real reason why statins protect the heart from a heart attack is that muscle cells are willing to make an incredible sacrifice for the sake of the larger good.”

“It is well acknowledged that exercise is good for the heart,” she continues. “I believe, in fact, that the reason exercise is good is exactly the same as the reason statins are good: it supplies the heart with lactate, a very healthy fuel that does not glycate cell proteins.”

But low cholesterol supply is still an awful thing, as there are a number of fatal deficiencies that occur when cells, especially muscle cells, are lacking cholesterol. As previously mentioned, cholesterol is a critical component of the cellular membrane. Here, cholesterol is a gatekeeper that prevents potassium and sodium from leaking across the phospholipid bilayer that wraps every cell.

When cholesterol isn’t present, potassium and sodium naturally leak across the cell membrane because of their relative concentration gradients. A high sodium concentration on one side of the cell will cause it to leak through to the side where there aren’t as many sodium particles; the same goes for potassium.

This balancing effect, found in most to all natural and biological systems, is called homeostasis or equilibrium. Cholesterol prevents this process and so facilitates a concentration gradient across the cellular membrane; muscles contract and move precisely because of this ion gradient. Here, cholesterol is comparable to a hydroelectric dam.

During statin therapy, the level of cholesterol sinks dramatically. In vitro studies of phospholipid membranes have shown that removing cholesterol from the membrane will lead to a 19 times increase in the potassium leakage rate, and a three times higher rate for sodium.

In order for muscles to move, we need this ion gradient, and in order to create this gradient, our cells need energy. But, energy is at an extreme low because the mitochondria are underperforming because of statins.

The cells are now forced to inefficiently produce a large number of ATP molecules in order to maintain the ion gradient sufficient to maintain muscle movement. You might think, it’s only our muscles that are working a little harder, so what? Well, they get completely destroyed in the process.

Remember, the bloodstream under statin therapy contains a shockingly high level of sugar molecules, especially fructose. Fructose is about 10 times more potent than glucose, the “normal” fuel used for ATP synthesis, at glycating proteins, which means that muscles now are being torn apart due to the lack of cholesterol protecting them, the missing coenzyme Q10 which doubles as a potent antioxidant, and the abundance of fructose harming them. Debris from dying muscle cells land in the bloodstream and are sent to the liver for recycling in abnormally high quantities, placing it under extrinsic stress.

After more muscle cells deteriorate, they can’t keep up with the metabolizing fructose and struggle to produce enough energy for the heart and other muscles. The lack of muscle cells also exposes the embedded nerve endings and make them susceptible to damage. This may eventually lead to amyotrophic lateral sclerosis (ALS), or Lou Gehrig’s disease.

ALS belongs to the category of neurodegenerative diseases, which means the development of dementia and neuropathies may now be related to statin therapy, although the science remains controversial. Memory loss is an acknowledged side effect of statin therapy.

One reason for this, as speculated by Seneff, is that this comes from the lack of membrane cholesterol as a result of statin therapy. The cell, unable to keep up with the leaking sodium and potassium ions, replaces them with a calcium- and magnesium-based system, as they are ions, nevertheless, and are too large to simply “slip” or diffuse across the cellular membrane. These two substitutes don’t require cholesterol as a gatekeeper, as they won’t “fit through the door.”

Seneff says that calcium and magnesium somehow get the job done, yet they consequently result in calcification of the heart arteries, which is how they cause heart failure in the long run.

Why We Should Be Careful About Using Statins

Cholesterol is vital for humans. Statins inhibit cholesterol production. From these two sentences, you might question why statins are prescribed so widely to patients.

Although the use of statins has risen over the past few decades and become quite profitable for the pharmaceutical industry, questions regarding the fundamental reasoning behind their use remain unanswered.

Seneff, when addressing the claims of a 2006 study that “statins cut heart attack incidences by a third” said in her paper that since “heart attacks were rare among [the] group [of people in this study] … what this translates to in absolute terms is that 60 patients would need to be treated for an average of 4.3 years to protect one of them from a single heart attack. However, essentially all of them will experience increased frailty and mental decline [due to statin therapy].”

Statins take away cholesterol and the coenzyme Q10 from the body, which leave muscle cells energy deprived, leaky, and deteriorating.

Statins also overwhelm the liver with an abundance of blood sugar and force muscle cells to sacrifice themselves to inefficiently deal with the blood sugar and energy issue by processing fructose and producing energy in a self-destructive manner.

This process is the very antithesis of longevity and leads to an increased risk of diastolic heart failure, not to mention exposing nerve endings in muscle cells that has potentially numerous ramifications for the central nervous system.

Statins, therefore, are drugs that you should consider carefully before taking. 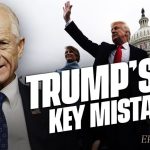 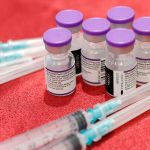