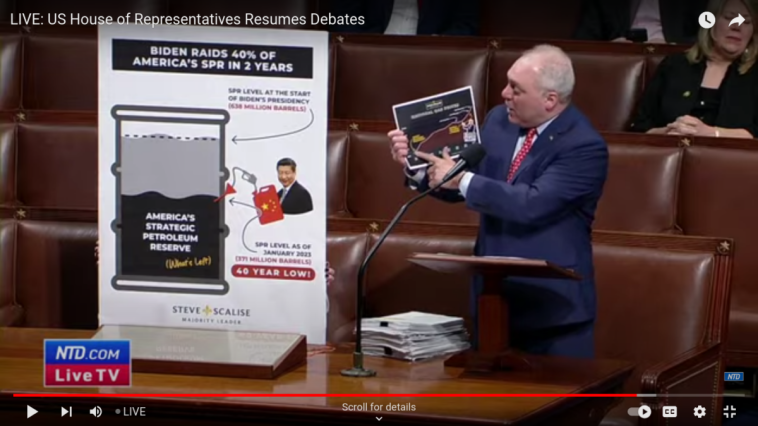 The House of Representatives has greenlit a bill to block exports from the Strategic Petroleum Reserve (SPR) to China.

It must now pass through the Democrat-dominated Senate, where Sens. Joe Manchin (D-W.V.) and Kyrsten Sinema (I-Ariz.) are positioning themselves as moderate swing voters on many issues.

The bill was called up by Rep. Cathy McMorris Rodgers (R-Wa.), who now chairs the House Committee on Energy and Commerce.

According to a summary from the Congressional Research Service, H.R. 22 “prohibits the Department of Energy (DOE) from selling petroleum products (e.g., crude oil) from the SPR to any entity that is under the ownership, control, or influence of the Chinese Communist Party. Further, DOE must require as a condition of any sale of crude oil from the SPR that the oil not be exported to China.”

It follows the rapid draining of the SPR under President Joe Biden. The emergency stockpile now sits at its lowest level since the 1980s.

“The federal government should not be in the business of picking winners and losers, especially when it makes us more dangerously dependent upon China for critical minerals, solar panels, and batteries to produce our own energy,” Rodgers said.

Last year, the Biden administration sold substantial quantities of oil to a firm with close ties to the Chinese government, Unipec.

The Biden administration, Rodgers said, has been “actively bolstering the oil reserves of our most dangerous geopolitical adversary, the Chinese Communist Party.”

Her Democratic counterpart on the House energy committee, ranking member and former chair Frank Pallone (D-N.J.), rose in objection to the bill. He traced the export of oil to China back to congressional Republicans, who in 2015 led the successful effort to lift a 40-year ban on crude oil exports.

He questioned why Republicans did not take up legislation from the previous Congress from Reps. Don Bacon (R-Ne.) and Rep Chrissy Houlahan (D-Penn.) that would outlaw SPR sales or exports to China, North Korea, Iran, and other countries sanctioned by the United States.

“Are my Republican colleagues okay with exporting oil to Putin’s Russia in the midst of a war on Ukraine?” he asked.

“They’re just recycling an old one-page bill that takes a minor step in undoing the damage that they themselves created,” he said, later asserting that the Biden administration was largely responsible for recent domestic gas price decreases through its SPR releases.

She asserted that it would “completely ban all crude oil exports to China.”

“I might just note that President Biden has actually wanted to import from Russia and Iran,” Rodgers said after Castor spoke.

“The [Biden] administration has made every effort to undermine, avoid, and restrict oil and gas production in North America, while at the same time moving to drain our strategic reserves in an attempt to offset the price increases caused by the president’s own policies,” he said.

“What political nonsense this bill is! It allows an American oil company to buy oil from the SPR on Monday and sell it to China on Tuesday,” said Rep. Brad Sherman (D-Calif.), later suggesting that the United States should ban oil and natural gas exports when prices are high.

“Just to correct the record, the language is very clear, if you look at subsection two: ‘Such petroleum products will not be exported to the People’s Republic of China,’” Rodgers said after Sherman spoke.

“In part because of the Biden administration, China, not the U.S., has the largest government-controlled stockpile of oil in the world,” she said.

House Majority Leader Steve Scalise (R-La.) said the United States was the only free-market country in the world capable of producing large amounts of oil.

“The rest of the countries that have an abundant supply are cartels–OPEC, Russia, Iran, Venezuela. They want a high price. The only check and balance to high prices of oil is a free market producing America,” he said, later arguing that the rapid drawdown of the SPR under Biden threatens national security.

“We don’t just produce enough for ourselves–because, by the way, if we weren’t allowed to export energy, then you would see a decrease in production, you would see a decrease in exploration. It’s like a farmer. If a farmer can only produce and sell in America, they’re going to plant a lot less, because they can’t have access to world markets. You want to have access to world markets, but you want to also have a reserve in case,” he said, adding that natural disasters and national security emergencies were legitimate reasons to tap the stockpile, rather than what he characterized as “failed policy” under Biden.

Pallone shot back: “History is not on [Scalise’s] side. The fact of the matter is that the Republicans created this problem by lifting the ban on the export of crude oil to China and the rest of the world when they were in the majority—and this bill does nothing to solve the problem!”

Pallone said that just a negligible proportion of U.S. oil exports to China came from the SPR. 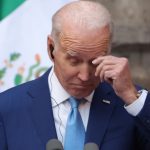 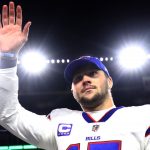