Even Disney theme parks aren’t immune from the onslaught of wokism.

In January, Disney is finally closing its iconic Splash Mountain attraction at Disneyland in California and Disney World in Florida (“The Magic Kingdom”), with the company’s bosses citing historical concerns in canning one of the parks’ most popular attractions.

The reason? Splash Mountain’s current theme draws inspiration from the 1946 Disney film “Song of the South,” which depicts life on a plantation after slavery’s abolition, according to Fox Business.

Disney’s returning CEO has previously singled out “Song of the South” as cause for concern.

“I’ve felt, as long as I’ve been CEO, that ‘Song of the South’ was – even with a disclaimer – was just not appropriate in today’s world,” Disney CEO Bob Iger said in 2020, the year the company announced the change was coming, according to Fox Business.

That statement followed a 2019 petition on change.org demanding that “Splash Mountain” be changed. The petition drew just over 21,000 signatures. Considering that Florida’s Disneyworld alone draws about 58 million visitors a year, that’s a tiny number of complainers. 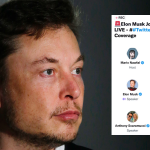 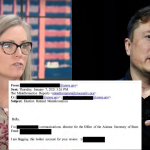