DC Mayor Muriel Bowser confirmed Monday that an infant visiting the area has been diagnosed with monkeypox.

Mayor Bowser made the announcement during a Monday press conference and said that healthcare workers are undergoing contact tracing, and that the child is not hospitalized, according to local news.

“The family was traveling and traveled to DC, and I believe that they were going to stay in DC during the recuperation time,” Bowser said. “Immediately upon this diagnosis, there was a complete contact tracing done.”

This marks the second confirmed pediatric case in the US, as a toddler was diagnosed with the monkeypox virus in the state of California last week. The infant that tested positive for monkeypox in DC is not a US resident, the outlet reports.

According to the Center for Disease Control and Prevention (CDC), there have been 110 confirmed cases of monkeypox in Washington, DC. Health officials said last week that DC is currently experiencing the largest outbreak of monkeypox per capita in the nation.

There have also been 71 confirmed cases of monkeypox in Maryland and 40 confirmations in Virginia, the CDC reports.

Monkeypox symptoms can include: fever, headache, swollen lymph nodes, exhaustion, and a rash that can look like pimples or blisters that appears on the face, inside the mouth, and on other parts of the body, like the hands, feet, chest, genitals, or anus, according to the CDC’s website.

Symptoms will typically appear seven to 14 days after exposure after coming in close contact with an infected person or animal or through bodily fluids or sores.

“Let me just use this as an opportunity to remind everybody to contact their physician, if they are displaying any symptoms or think they may have some skin condition that could be monkeypox, they should isolate, contact their doctor and get treatment,” Mayor Bowser said.

The Biden administration said that they are considering declaring monkeypox a public health emergency, after the World Health Organization (WHO) declared the virus a global health emergency on Saturday. 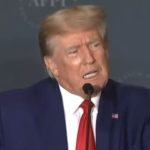 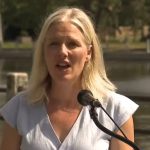