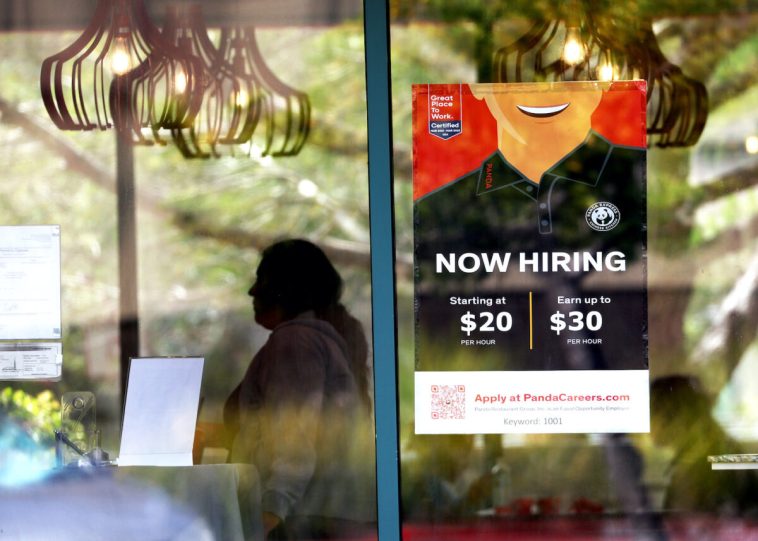 We are largely at the same level of jobs that we had prior to the pandemic, 152.5 million, but the jobs creation trajectory that would have occurred in that period is lost, likely permanently. The question now is whether, with a slowing economy and a Federal Reserve (Fed) putting the brakes on low interest rates, the current trajectory can be maintained or whether the job creation will flatten or decline.

The majority of jobs were, again, in lower-wage sectors, like leisure and hospitality, and sectors that are largely government supported, like education and health services. That said, professional and business services, a higher-wage sector, also showed strong jobs performance, at 68,000 jobs, with an average weekly wage of more than $1,400. Nevertheless, only two sectors showed job growth over last month: retail and financial services; the others declined considerably.

Annualized average real wages, which we report on a quarterly basis, increased by just $108, or 0.2 percent. However, annualized real wages fell in a number of job categories. (See the details in our September jobs report a month from now.)

The Fed’s balance sheet is shrinking from the run-up that started during the pandemic in February 2020, but too slowly, in our view. It is set to accelerate this month, up to $95 billion, with the Fed allowing a “burn-off” (i.e., allowing to mature without repurchasing) of its portfolio of Treasury securities ($60 billion per month) and mortgage-backed securities ($35 billion per month). This is intended to create a “soft landing,” but we think that it will only exacerbate the current inversion of the yield curve that has troubled us for some time.

While we’re hoping the Fed’s burn-off will contract the inverted yield curve, which seems to be happening, somewhat, toward the end of August (as seen in this chart), we would like to see the 10-year yield at a higher rate than the two-year.

At this writing, the inversion on the two-year and 10-year Treasurys is 21 bps. We would like to see the Fed reduce its balance sheet much more rapidly, as we have desired since last year, but there are concerns about maintaining the market’s liquidity at a time of raising interest rates.

The Job Openings and Labor Turnover Survey (JOLTS) showed that the number and rate of job openings grew to 11.239 million (+199,000) and 1.8 percent, respectively, in July, the latest available data.

Household debt service as a percentage of disposable personal income keeps rising, particularly consumer debt. As reported by the Federal Reserve Bank of New York, “Credit card balances saw their largest year-over-year percentage increase in more than 20 years, while aggregate limits on cards marked their largest increase in over 10 years.” This is to be expected in an inflationary economy when wages fail to keep pace with higher prices and workers turn to their credit cards and consumer loans to maintain their lifestyles.

Total business inventories are ridiculously high, and the highest on record, a factor mentioned by many of the respondents in the ISM report.

The IBD/TIPP Index of Economic Optimism for August was largely unchanged, down just 1 percent, to 38.1. It has been largely flat since June.  (The index signals optimism at 50 or above.)

The Federal Reserve Bank of Atlanta is projecting third quarter 2022 to print at about 2.6 percent growth. The projection is based on enhanced growth in personal consumption expenditures, principally in food services and accommodations and nonprofit institutions serving households in second quarter 2022. As an aside, this is an interesting correlation, coming as it does with 20 percent of U.S. households saying they cannot afford their utility bills and even more are concerned about being able to pay their rent. One might speculate that the increase in food services are homeless  people eating at restaurants with funds from nonprofits. 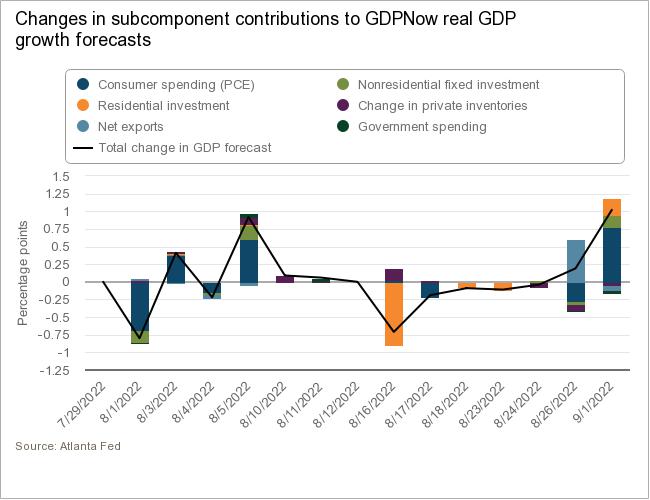 The two quarters of decline in the first and second quarters of 2022 printed at a technical recession, which will need to be confirmed by the National Bureau of Economic Research Business Cycle Dating Committee, likely after the second revision of the data on Sept. 29. However, we reiterate our thesis that much of the negative GDP (gross domestic product) in the first and second quarters of 2022 was attributable to an anomaly with imports and inventories, as we explained in more detail in our second-quarter 2022 GDP report.

Inflation continues to print at an unacceptable level. To the extent it slows down when it prints on Sept. 13, we think most of that would be attributable to the Fed’s tightening and the slowdown of the economy.

We continue to believe that real overnight rates will need to go to 3.5–5 percent, and stay there for at least three quarters, to thoroughly extinguish inflation and, more important, inflationary expectations. To accomplish that, we reiterate our call for the Fed to increase the limit of the Treasuries and mortgage-backed securities that it allows to “burn off” up to at least $125 billion at its next meeting this month to reduce the Fed’s balance sheet more rapidly. Effectively, this would be yield curve control to reverse the inverted yield curve and return the economy to realistic terms. Otherwise, we see a long, drawn-out period of economic malaise as the Fed pursues a “soft-landing.” We believe the Fed should lean into a sharp, short recession to return the economy to pre-pandemic growth.

The deceptively named, and recently signed, Inflation Reduction Act is troubling because the minimum tax provisions will likely offset investment decisions necessary for an increase in our now record-low productivity. As we explained at some length in our April jobs report here, prices are a function of the money supply and the quantity of goods (MV=PQ). As the Fed reduces the money supply (M) with quantitative tightening in monetary policy, Capitol Hill and the president have erred gravely with fiscal policy that discourages capital investment that will further reduces labor productivity and, thus, the quantity of goods and services (Q) in the economy. The new law operates at cross-purposes to Fed policy, creating a clash with the Democrats’ stated intent to fight inflation.

We believe third-quarter 2022 GDP will print in the neighborhood of to 2 percent. We are monitoring “gray swans” (i.e., events known and possible to happen, but assumed unlikely) in the Taiwan Straits, Ukraine, and Europe, and will post information on those in our Twitter feed, @Stuysquare.

DISCLOSURE: The views expressed, including the outcome of future events, are the opinions of The Stuyvesant Square Consultancy and its management only as of September 2, 2022, and will not be revised for events after this document is submitted to The Epoch Times editors for publication. Statements herein do not represent, and should not be considered to be, investment advice. You should not use this article for that purpose. This article includes forward looking statements as to future events that may or may not develop as the writer opines. Before making any investment decision you should consult your own investment, business, legal, tax, and financial advisers. We associate with principals of TechnoMetrica on survey work in some elements of our business.

Note: Our commentaries most often tend to be event-driven. They are mostly written from a public policy, economic, or political/geopolitical perspective. Some are written from a management consulting perspective for companies that we believe to be under-performing and include strategies that we would recommend were the companies our clients. 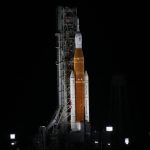 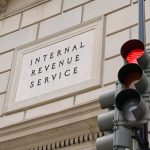