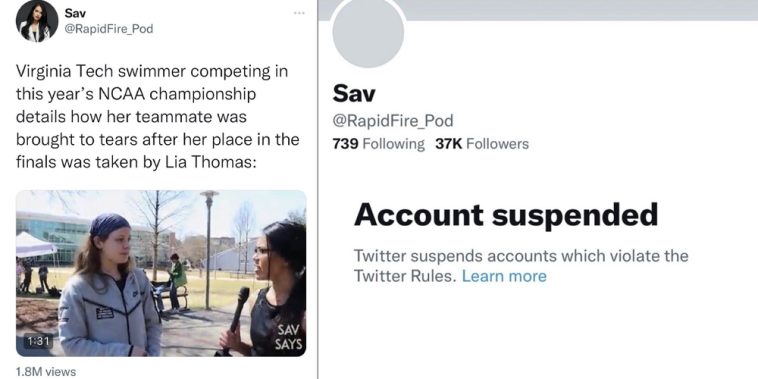 Journalist Savanah Hernandez was banned from Twitter on Monday after her viral coverage of the Lia Thomas NCAA competition story last week angered progressive activists. Twitter banned Hernandez for “ban evasion,” since her previous, personal account had been suspended. This account was specifically for her podcast.

Hernandez found out about her ban shortly before an interview with The Post Millennial’s Ari Hoffman, describing the interview she had posted on the platform. Hernandez spoke to a swimmer from the Virgina Tech swim team who spoke out after watching her teammate lose a spot in the finals to Thomas.

Hernandez’s ban has resulted in the footage that she posted disappearing from the site. Among the coverage was a video interview where she featured a female swimmer visibly upset about how unfair it was that Lia Thomas bumped her teammate out of the NCAA finals.

Meanwhile, over the weekend, an Antifa affiliated account accused Hernandez of “transphobic harassment” and “ban evasion” after she posted the interview on Twitter and it went viral. It garnered millions of views and was featured on Tucker Carlson’s show. At the time of Savanah’s ban she had 37,000 followers. 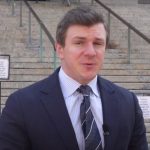 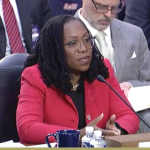