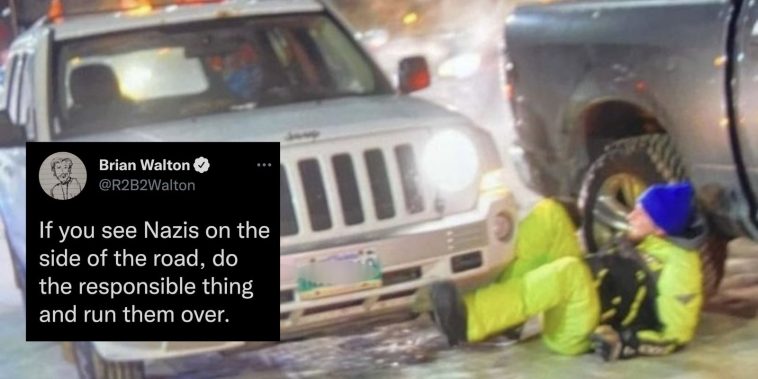 Just days before four Freedom Convoy supporters were hit by a car in Winnipeg, Canada, a Twitter-verified journalist encouraged people to run over “Nazis.”

Writer and producer Brian Walton wrote to Twitter followers on Jan. 31: “If you see Nazis on the side of the road, do the responsible thing and run them over.”

The former Nerdist editor-in-chief‘s call for violence earlier in the week against “Nazis” mirrors the language that far-left agitators use to justify violent crime committed by comrades against Antifa’s political enemies, deemed as “fascists.”

However, he has since insisted it was just a vague reference to “literal” Nazis.

“Woke up to some very angry Nazis this morning. I did Nazi that coming,” Walton joked. “So, the nazis found my Twitter overnight. Good,” he added in a series of separate Twitter posts over the weekend. “You call a Nazi a Nazi and now half the internet thinks you’re talking about them. Wild,” he also tweeted Saturday. 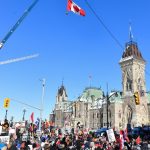 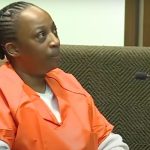