Speaking with reporters after an Arizona Chamber of Commerce forum on Wednesday evening, Arizona gubernatorial candidate Kari Lake addressed questions from a crowd of reporters on whether she would consider running as former President Donald Trump’s vice president in the 2024 elections.

Speaking in regards to Trump, who has yet to announce whether he is running for president in 2024 but has hinted in the affirmative, one reporter asked, if he “were to tap you to be VP, is that something you would consider?”

“No,” Lake responded. “I hate — first of all I don’t like Washington, DC, especially don’t like it now.”

“It’s funny though that that question is asked because for so long many of you in the media have been trying to act like I don’t have the skill to run for governor, now apparently I’m so skilled that you think I should be VP. So I take it as a compliment. Thank you for asking. Thank you for asking,” she added.

The reporter continued on to ask whether Lake has talked to Trump about the prospect. 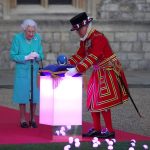 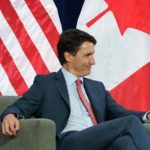