An attorney representing a Minnesota woman allegedly beaten by a Metropolitan Police Department supervisor outside the U.S. Capitol on Jan. 6 is calling for a special prosecutor to be appointed after the release of dramatic video footage of the incident on Thursday.

Victoria C. White, 39, of Rochester, Minnesota, had been arrested in April and charged with numerous felonies for her alleged role in violence at the Capitol. New York attorney Joseph McBride, who represents White in her criminal case, said the video shows a very different picture than what federal prosecutors portrayed in White’s charging documents.

The video shows a woman McBride identified as White being repeatedly struck with a collapsible baton by the same police officer in the west terrace tunnel of the Capitol on Jan. 6.  McBride identified the policeman as a Metropolitan Police Department supervisor, a lieutenant, because of his white uniform and riot helmet with “MPDC” painted on the back. His name is not yet known. 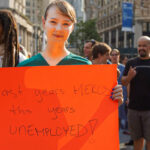