Few would dispute that one of the most memorable sporting events in 2022 was the victory of Argentina’s soccer team at the Qatar World Cup, led by the Argentine soccer star Lionel Messi.

At 35 years of age, Messi has won seven Golden Ball awards, six European Golden Shoe awards, and six Best FIFA Men’s Player awards. He was the highest-paid athlete in 2022, according to Forbes. What many people may not know about Messi is that, as a child, he suffered from a growth hormone deficiency (GHD).

Child With a Gift and a Disease

Messi was born in Rosario, Argentina, in June 1987, the year after the late Argentine star Diego Maradona led Argentina to its second World Cup title. Messi began to play soccer at a very young age. He was small and flexible and exhibited extraordinary talent.

However, doctors diagnosed Messi with GHD after his family noticed that he seemed too small for his age. GHD can lead to stunted growth and hypoplasia of bones in children. It also affects the pituitary gland, skin, teeth, eyesight, and immunity. Without treatment, Messi, who was around 4-foot-3 at the time, would have grown to a maximum of 4-foot-7, dashing his dream of a brilliant soccer career before it had even begun.

Fortunately, GHD can be treated with injections of human growth hormone, but daily subcutaneous injections can take years and are expensive, and Messi’s family and his local team could not afford the treatment for long. Eventually, Messi won the favor of the Barcelona football club (FC Barcelona) of Spain’s First division (La Liga) and signed up with the club to cover his medical expenses.

Messi injected growth hormone into his legs every night for three years from age 12. He fought the disease with a positive attitude. By the age of 15, Messi had grown to his current height of 169cm (5’6.54″), and FC Barcelona confirmed that Messi was completely cured of the disease.

Messi went on to become the youngest player to score in FC Barcelona and La Liga. He played for FC Barcelona for 17 seasons before leaving the club in 2021 to join Paris Saint-Germain Football Club.

Symptoms of GHD include slow or no growth, short stature, insufficient or delayed puberty, and headaches, according to guidelines by the Johns Hopkins University School of Medicine.

On its website, Cleveland Clinic has posted that GHD can be divided into congenital GHD and acquired GHD. The chance of congenital GHD is about one in 4,000 to one in 10,000. If a child is born with a pituitary gland that secretes too little growth hormone, there may be a risk of the disease. The causes of acquired GHD in adults are associated with brain injury, a medical injury caused by chemotherapy or radiotherapy, pituitary infarction, or central nervous system infection. The chance of experiencing acquired GHD is about one in 10,000.

A blood test to measure growth hormone levels and other hormones is often used to diagnose GHD. Magnetic resonance imaging (MRI) and X-rays may help diagnose pituitary or hypothalamus abnormalities; treatment such as growth hormone therapy can improve these abnormalities.

Some parents who worry their children will not grow tall may look to growth hormone injections for help. Jonathan Liu, a professor of Chinese medicine at Georgian College in Canada, warned that parents should consult with a doctor to confirm their child has a GHD before starting treatment.

For children who don’t have GHD, Liu suggested three alternative ways to grow taller: exercise, sleep, and calcium supplements. A person’s height mainly depends on the long bones of the thighs. A proper amount of running, jumping, and other exercises can stimulate the epiphysis, (located at both ends of the femurs), promoting growth. Since growth hormone is mainly secreted at night, sufficient sleeping time and quality of sleep can stimulate growth hormone secretion.

Liu suggested that children sleep more and avoid playing video games before sleep. In addition, since calcium is the primary material of bones, and minerals like magnesium are also needed for growth, children’s diets should be rich in calcium and nutritionally balanced. He suggested children minimize the consumption of fried and other high-calorie foods.

Kawabata Aiyoshi, M.D, professor emeritus at Kyoto University in Japan, has conducted in-depth research on height issues. His theory has been put into practice by over half a million people for more than 30 years and has gained widespread support.

Kawabata points out that essential nutrients for growth include calcium, vitamins, and protein. Therefore, he recommends including five nutritious foods in the diet: milk, sardines (80g), spinach (100g), carrots (100g), and oranges (200g) per day.

Variations of the above specific foods include:

Kawabata said that the most important thing is to avoid eating too much sugar because the sugar will acidify the blood and cause calcium to dissolve out of the bones and teeth, impeding growth.

While getting enough calcium, one should also pay attention to reducing calcium loss. A 2009 study published in Physiology & Behavior found that children with a high preference for high-sugar foods have significantly higher levels of bone resorption during growth compared to children with a lower preference. The process of bone resorption releases calcium from the bones into the bloodstream, which can lead to problems like osteoporosis.

Wu Kuo-Pin, superintendent of Xinyitang Clinic of Traditional Chinese Medicine in Taiwan, said that sports good for children to grow taller should give an “average load” to the whole body, such as swimming, volleyball, basketball, tennis, and soccer.

He emphasizes that sports or activities must not impose a forced burden on any part of the body and that sports unsuitable for optimum growth include weightlifting, mechanical gymnastics, judo, marathon running, and American football.

Considering that it may not be possible to play sports every day, Wu suggests children do calisthenics at home to stretch their muscles and bones and promote healthy physical growth, for example:

Wu suggests that children practice these simple exercises for 10 minutes every morning and evening with a reminder that the key to growth is consistency. 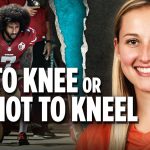 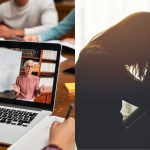