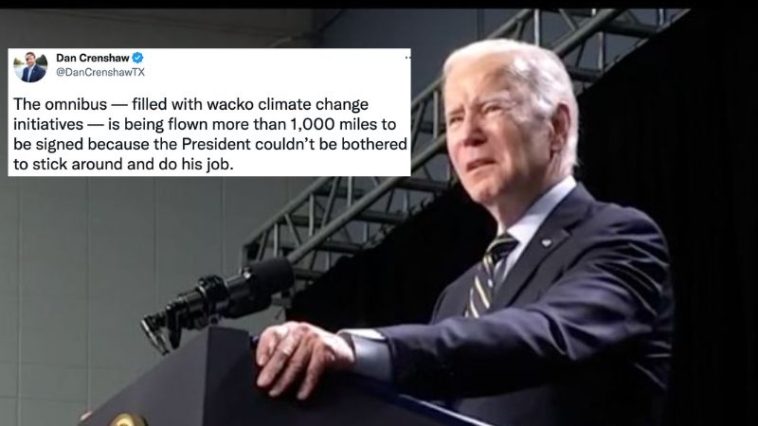 On Friday, the House of Representatives signed the massive $1.7 trillion government omnibus bill, rife with pork for environmentalist causes, and sent it to Joe Biden to sign just as he hopped on a plane to fly down to the Caribbean Island of St. Croix, causing the US government to fly the bill down to the president via another carbon-emitting private plane, so that Biden can sign the document before the December 30th deadline.

Fox News White House Correspondent Edward Lawrence reported, “A White House Official tells me the Omnibus Bill is in possession of the White House. It has to be signed by Dec 30th. The Official says at some point it will be transported to St Croix for POTUS to sign to make the Dec 30th deadline. #POTUS”

Texas Congressman Dan Crenshaw wrote, “The omnibus — filled with wacko climate change initiatives — is being flown more than 1,000 miles to be signed because the President couldn’t be bothered to stick around and do his job.”

Biden left Tuesday for his vacation in the Caribbean. In August, the New York Post reported that Biden had spent 40 percent of his presidency on vacation.

According to CNN, the omnibus portioned off $576 million to the Environmental Protection Agency. 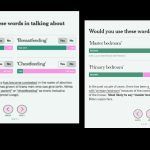 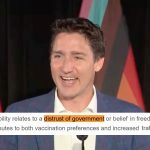