Details are emerging about some of the victims of Ezekiel Kelly, who allegedly killed four and injured three in a shooting rampage Wednesday across Memphis, Tennessee.

Kelly killed a childhood friend, a teenage girl, and a mother who he slaughtered in front of her child as she tried to help him recover from what she thought was a car crash. As The Post Millennial’s Andy Ngo writes, Kelly allegedly shot Allison Parker “who tried to help him when he reportedly pretended to need assistance on the road.”

Kelly allegedly began his frenzy around 12:56 am on Wednesday morning when he gunned down Dewayne Tunstall in his driveway. According to Fox News, neighbors said Tunstall and Kelly were childhood friends.

Local news reports that Tunstall was a father with another on the way, and his friends said he “believed in helping others in any way possible.” 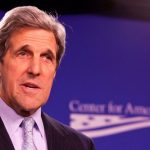 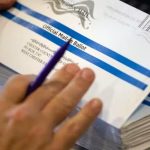