Meta has responded to a viral podcast clip of Mark Zuckerberg, talking to podcaster Joe Rogan about the story of Hunter Biden’s now infamous laptop being suppressed by social media platforms.

In an interview on the Joe Rogan Experience released Thursday, the Facebook co-founder admitted that his platform, while not going as far as Twitter, still worked to decrease the story’s reach at the request of the FBI.

“How do you guys handle things when they’re a big news item that’s controversial?” Rogan asked. “There was a lot of attention on Twitter during the election because of the Hunter Biden laptop story. So you guys censored that as well?”

“We took a different path than Twitter,” Zuckerberg replied, explaining that the FBI urged Facebook to be “on high alert” due to their fear of Russian propaganda in the 2016 election.

According to the tech mogul, the FBI warned there would be “some kind of dump” of information that the platform should be vigilant of. 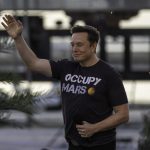 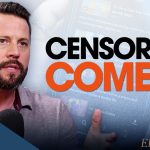