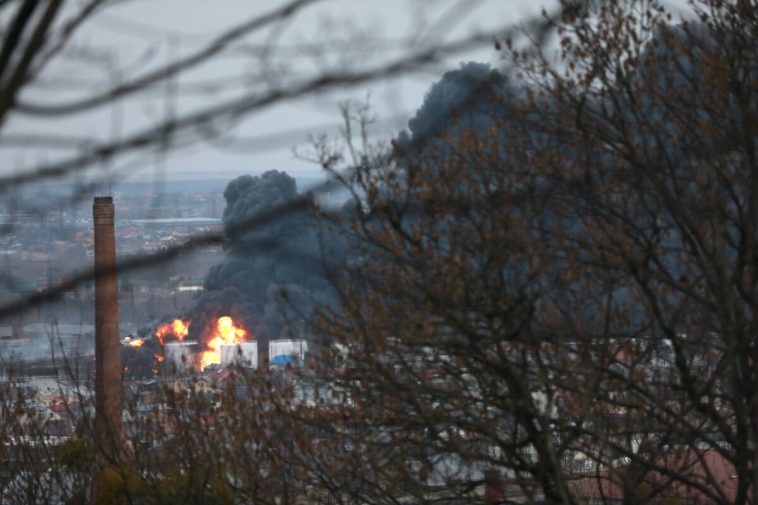 LVIV, Ukraine—Powerful explosions rocked Lviv, in western Ukraine, on Saturday, creating plumes of thick black smoke and causing at least five injuries, according to Ukrainian officials, with the air attack on the city coming as President Joe Biden was on a state visit to neighboring Poland.

Maksym Kozytskyy, the governor of Lviv, confirmed “three powerful explosions” caused by what he said were two missile strikes at around 4:30 p.m. local time.

He said preliminary reports indicate five people had been injured, while urging residents to remain calm and seek shelter.

The explosions sent plumes of smoke into the sky in the northeastern part of Lviv and triggered air raid sirens, according to Epoch Times journalists, who could not immediately verify the cause. 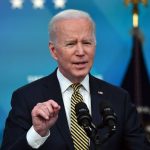 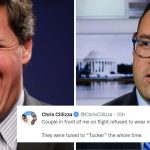