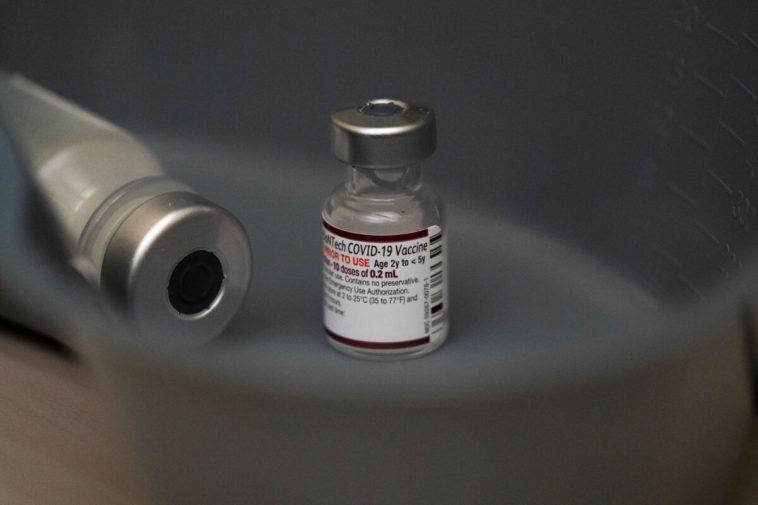 More than 55 percent of children ages 6 months to 2 years of age had a systemic reaction, which is a response beyond the injection site, in response to their first dose of the Pfizer-BioNTech or Moderna COVID-19 vaccines, the CDC said on Sept. 1, and almost 60 percent had a reaction to the second dose of the Moderna vaccine.

While the most common systemic reactions were fatigue, fever, irritability, and crying, parents of more than 6 percent of the children in the study that was referenced said their child was unable to perform normal activities after the second dose of either the Pfizer-BioNTech or Moderna vaccine.

The data was collected by the CDC through a program called V-Safe—a smartphone-based monitoring system that operates through an app that parents download to their phones.

Between June 18 and Aug. 21, parents of more than 10,000 young children reported reactions to the CDC through V-Safe in the seven days after their child received a COVID-19 vaccination. 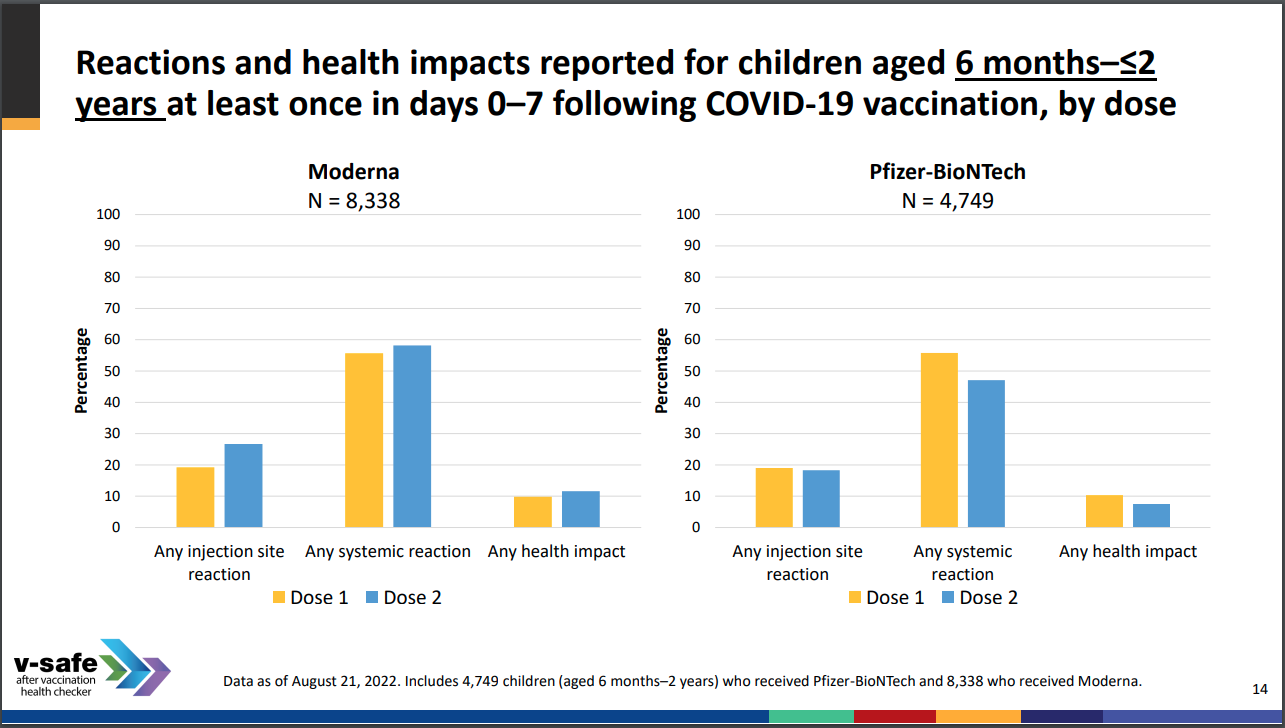 The most frequently reported reactions for children 6 months to 2 years were irritability or crying, sleepiness, and fever. For children aged 3-5 years, the most common were injection site pain, fatigue, and fever. 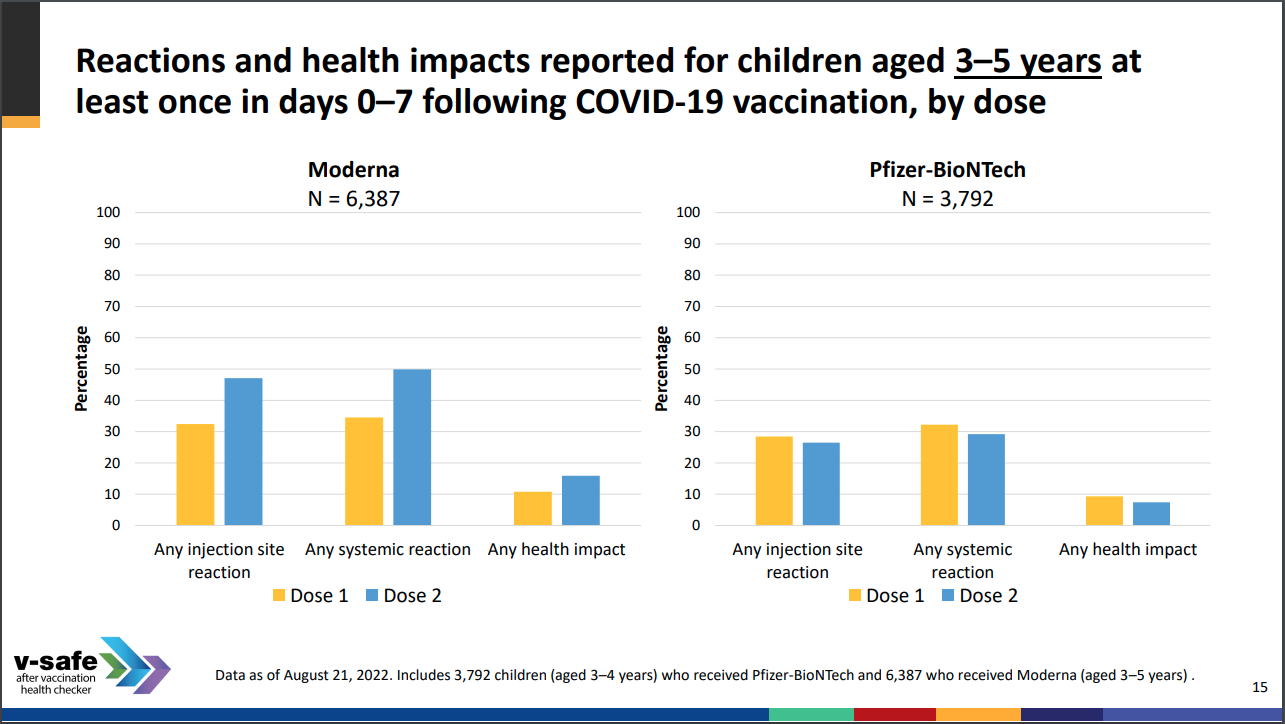 But the data also showed a more serious category of reaction labeled “any health impact.”

The information was presented to the CDC’s Advisory Committee on Immunization Practices (ACIP) on Sept. 1 as part of an overview of all data related to the safety of COVID-19 vaccines.

In addition to V-Safe, data was presented summarizing reports from the Vaccine Adverse Event Reporting System (VAERS) and also from the Vaccine Safety Data Link (VSD), which includes data from several large health maintenance organizations in the United States.

All three systems look at the safety of vaccines after they’ve already gone to market and have been administered to large numbers of people.

The information was presented by Tom Shimabukuro, the head of the CDC’s vaccine safety team, who told committee members that no “statistical signals” of COVID-19 vaccine reactions were found for young children in the VSD data.

However, other medical professionals like Dr. Meryl Nass from Children’s Health Defense have expressed caution over the reported reactions, pointing to the high number of systemic reaction reports among very young children in response to the ACIP meeting.

She told The Epoch Times on Sept. 2 that she was questioning why the government doesn’t collect and present more information on these cases.

“That stuff is not considered by the CDC to be very important … It’s assumed that all those side effects go away after a few days, and leave the people perfectly well,” she said, mentioning the fevers and fatigue. “Those reactions may in fact may be harbingers of more serious reactions but nobody to my knowledge has published anything looking at whether these acute local or systemic reactions are indicators of a later problem.”

Just over 98 percent of reports were for what the CDC consider non-serious events. But reading through the serious reports in VAERS gives the reader an idea of the impact of some of the adverse reactions among babies, toddlers, and pre-schoolers.

There are 220 reports of persons aged 6 months to 5 years of age being taken to the emergency room following a COVID-19 vaccine. In one case involving a 2-year-old boy in Arizona, the VAERS report says he was given the Pfizer vaccine on July 29 and on July 30, had a “life threating episode.”

The report lists his symptoms as “clammy skin and vomiting leading (8 minutes) to difficulty breathing.” The boy “turned blue” and was “limp” and “non-responsive” and “fully stopped breathing for two minutes,” according to the report.

He was revived after chest compressions. 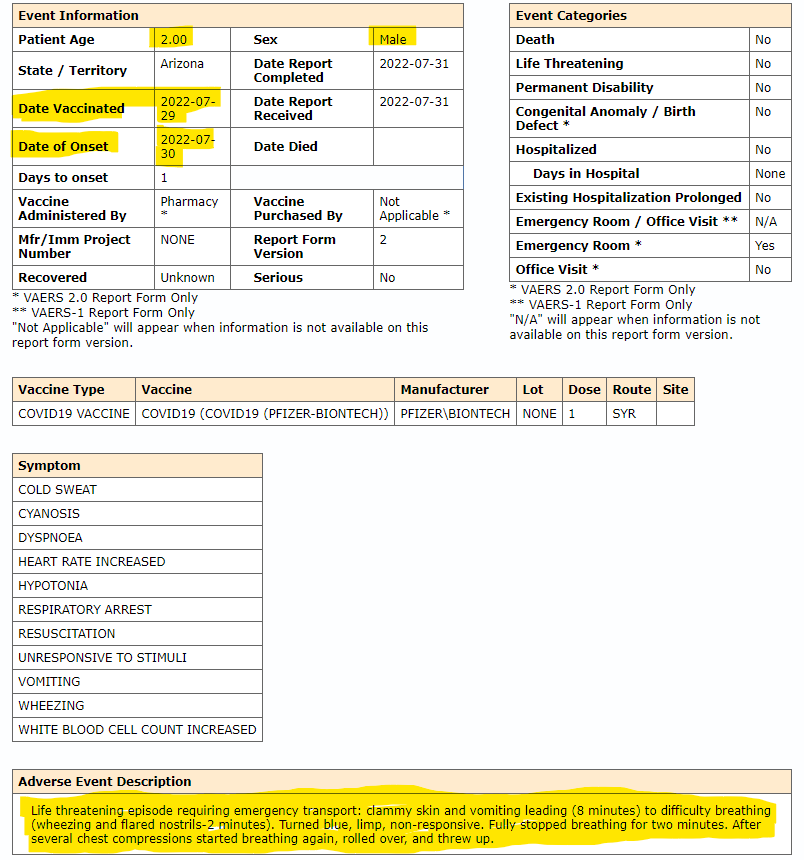 The FDA approved the emergency-use authorization of COVID-19 vaccines for children aged 6 months to 5 years on June 17. From June 18 through Aug. 31, approximately 1 million doses of the Moderna and Pfizer vaccines were administered to children in this age group. 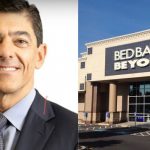 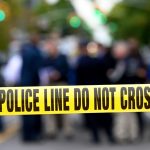