A new survey has revealed that a majority of Americans believe that the Biden administration should not grant full amnesty and citizenship to immigrants undergoing an “asylum review” process or those that are in the country illegally.

The poll, conducted by The Trafalgar Group in partnership with Convention of States Action of 1079 likely general election voters, found that just 14 percent of Americans overall say that people in the country illegally should be granted citizenship and amnesty.

59.5 percent of Americans believe that “those in review should complete their reviews and either be removed or granted asylum, and those here illegally should be expelled.

Less than three percent of Hispanic voters, 2.8 percent, said that illegal immigrants should be granted amnesty and citizenship.

A slight majority of Democrats said that neither group should be granted asylum or citizenship, with 36 percent responding as such. 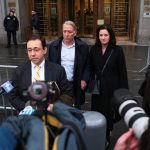 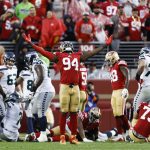