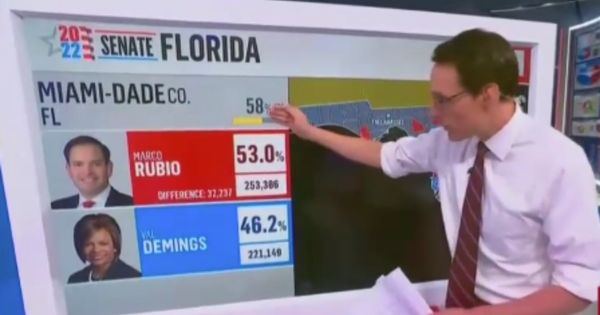 As polls begin closing across America, the sun is also setting on Democrats’ hope to sweep the day.

Predictions of a red wave now appear to be coming true as Republicans stand to unseat their rivals as counting continues throughout the country.

And in Florida’s Miami-Dade County, the early results alone were bad enough for the political left that an MSNBC panel audibly gasped after seeing the numbers.

The panel’s shock could be plainly heard as the county’s early voting results rolled across the screen, showing Senator Marco Rubio with a healthy 32,000-vote lead over his opponent Val Demings. Watch the clip below.

With a Republican easily pocketing a county that Democrats should have taken in early voting, Democrats are right to fear a political bloodbath as votes continue to be counted. 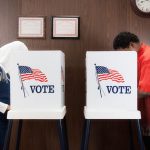 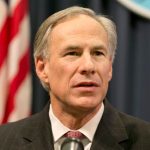