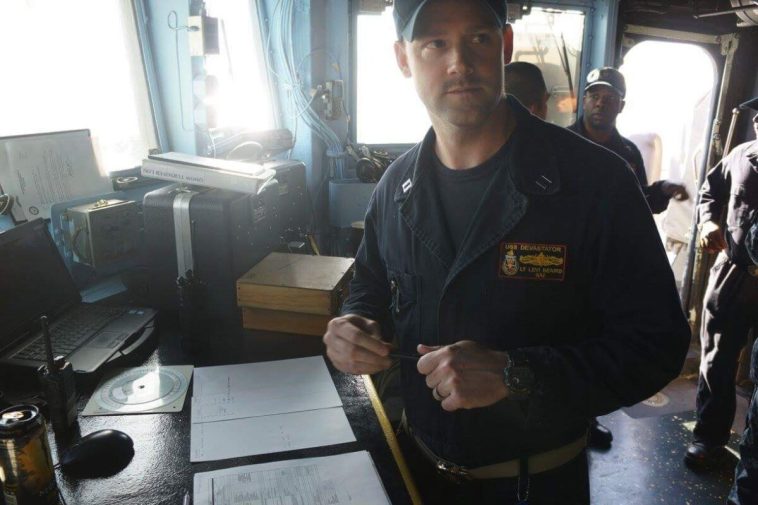 Levi Beaird loves the Navy. Through hard work and commitment, he has built a gratifying career.

When much of the world was shut down in 2020 due to COVID-19, Lieutenant Beaird, 38, kept working. He moved more than 400 sailors and Marines through multiple theaters across Bahrain. It was a “bubble-to-bubble” transfer, carefully guarding against spreading COVID as they delivered daily meals and supplies.

He was responsible for updating internal information and trackers while also planning multi-national exercises within the Arabian Gulf, the Gulf of Oman and opening the Port of Duba in Saudi Arabia for access to the U.S. Navy in the Northern Red Sea.

Beaird, who is married with four children, has been on a leadership track. He graduated in 2019 from the Naval Postgraduate School in Monterey, Calif., with a master’s degree in national security studies and was given a $105,000 retention bonus, which comes in installments. The education and bonus obligate him to serve three years as a department head. If he doesn’t meet the obligation, he must pay the Navy back for the cost of education and bonus.

“My obligation in a nutshell: I just have to go to a ship and do my job for three years,” Beaird told The Epoch Times.

He expected to be the chief engineer on a Littoral Combat Ship (LCS) out of Mayport, Fla., but now the Navy won’t send him to a ship or allow him to do the job he trained for and is obligated to carry out.

Instead, he is in Newport, R.I., at Surface Warfare Schools Command, training junior officers in engineering and engineering programs.

So far, he has collected $75,000 of the bonus, but the last bonus check did not come in because he never became a department head, as anticipated after postgraduate school.

That is because, in October 2021, Beaird made a Request for Religious Accommodation to skip the then-mandatory COVID-19 shot. The request was denied in December, and he quickly filed an appeal.

Faith has always played an important role in his life.

Beaird graduated from Criswell College, a Texas Bible college. He has a degree in biblical studies and considered becoming a pastor. While stationed on USS Roosevelt, DDG 80, serving as the electrical officer, he also devoted his time as the ship’s lay leader. In the absence of a dedicated chaplain and infrequent chaplain visits, he led the ship in five services a week for more than seven months of their deployment.

He knew when he asked for the religious exemption from the shot, it could mean the end to a beloved career.

“I was at peace with it,” Beaird said. “My career: over. My ambition for commander: gone. But at the end of the day, I get to do the one thing that I prepared my entire life to do, and that is to give testimony to Jesus. Here I am before the Navy, the greatest Navy in the world, and I can say, Jesus is better.”

He was months from being removed from the service when an injunction in a lawsuit brought by some Navy Seals forced the Navy to stop removing people who refused the shot, including the Seals in the case and others like Beaird.

Since then, Beaird’s separation process has stopped. He has been working but has not moved forward with his career. If he can’t get the position he was trained for, he will have to pay back the $75,000 bonus and pay for the education, which he says could add up to more than $100,000, including tuition, housing, his salary, and all other military expenses during that time.

The thought of this debt and career loss hanging over his head has caused him considerable anxiety, he said.

“I consider myself to be a decent sailor, but I’ve gone from having the respect of the commands that I’ve worked at to being treated as a prisoner, an outcast,” Beaird said. “It’s humiliating.”

President Joe Biden signed the National Defense Authorization Act (NDAA) on Friday, ending the requirement for military members to be vaccinated against COVID.

But it doesn’t say what happens to the people who have refused the COVID shot and were either kicked out of the military or who are in the middle of the separation process. Will they be offered their jobs back? Will they be deployable to countries that require vaccination? And will they be made whole from the individual damages many incurred?

“The NDAA requires that, not later than 30 days after enactment, the Secretary of Defense rescind the mandate that members of the Armed Forces be vaccinated against COVID-19,” a spokesperson for the Department of Defense told The Epoch Times.

“As a result, the Department will rescind the mandate and is currently in the process of developing further guidance,” the spokesperson said.

“During this process, we are pausing all actions related to the COVID-19 vaccine mandate. The health and readiness of our force are crucial to the Department’s ability to defend our nation, and Secretary [Lloyd] Austin continues to encourage all of our Service members, civilian employees, and contractor personnel to get vaccinated and boosted to ensure the readiness of our total force.” 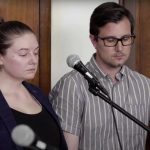 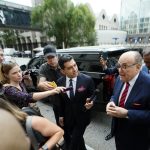