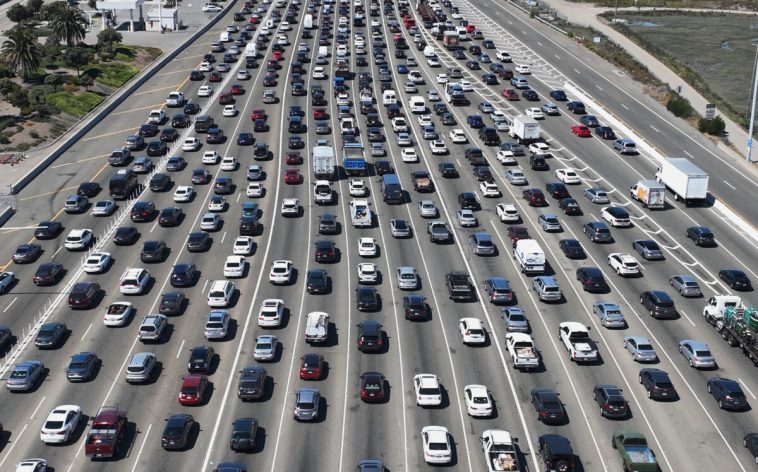 With each gallon of gas pumped in the United States since 1932, drivers have been paying taxes. The revenue is used for road repairs and public transportation such as train and bus systems.

State and federal governments are looking for a new way to fund transportation. Through numerous studies by transportation organizations, they have landed on mileage-based user fees (MBUF); vehicle miles traveled fees (VMT); road user charges (RUCs), or highway use fees (HUF). The acronyms all mean the same thing: Drivers pay a tax for each mile traveled.

“All vehicles are going farther on less gas, and that is great for our wallets, especially with the gas prices going up. But it’s not so good when our transportation system is dependent on that fuel tax,” Trish Hendren, executive director of the Eastern Transportation Coalition, told The Epoch Times. “The link between usage and payment is broken.”

But the move to user-based fees is a nationwide effort being discussed in every state. Oregon, Utah, and Virginia have already implemented pilot programs.

At least 31 states have laws requiring a special registration fee for plug-in electric vehicles. Of those, 18 states also assess a fee on plug-in hybrid vehicles, according to the National Conference of State Legislatures.

Fee for EV and Gas Power

Virginia implemented a new highway use fee for electric and high-efficiency gas vehicles in 2020, in addition to its existing vehicle license registration. The HUF is around $20 and is calculated based, in part, on a vehicle’s fuel efficiency.

In 2022, the state started offering Virginia’s Mileage Choice Program, a pilot program giving drivers paying the HUF the option to pay on a per-mile basis. They save money if they drive less than 11,600 miles, the average driven per year by all Virginians. Miles are recorded by a device installed on a person’s car and connected to a smartphone. Programs in Oregon and Utah are similar.

“The longer-term vision for a distance-based fee is it will replace the fuel tax,” Hendren said. But for now, those who drive high-efficiency gas vehicles often pay twice: both at the gas pump and with the HUF. In Virginia, drivers with fuel-efficient vehicles getting 25 miles per gallon or greater must pay the HUF.

In Oregon, the vehicle registration fee is based on fuel efficiency. The better the mileage (the less gas used), the higher the cost of registration. But those with high-efficiency vehicles can enroll in OreGO and get a registration discount. OreGO participants pay 1.9 cents for each mile driven, and the money goes to the state highway fund. A device on the vehicle tracks miles driven, and drivers of fuel-powered vehicles can receive a credit for fuel tax and remote emissions testing, the OreGO website says.

Studies recognize that drivers are concerned about privacy and a new tax, and offer analysis on what opposition a mileage fee would face.

“Consumer perception and messaging surrounding what many vehicle owners may see as a new ‘fee’ must also be studied before any largescale rollout of an MBUF program,” a 2019 study by the Mobility 21 U.S. DOT University National Transportation Center said. The study noted that there are privacy considerations, and said it was an unsolved issue. “In addition to the intricacies of program design, several technological challenges also exist. For example, DOT’s must collect mileage data from each vehicle, for each type of road that vehicle travels on, but would still require to do so in a manner that protects the privacy of drivers.”

Some studies attempted to minimize the privacy concern by showing other ways people are already being tracked.

“Even if you were tracking with GPS, my phone and other apps do that as well. I use E-Z Pass on toll roads and that tracks me,” a New Jersey focus group participant was quoted in a November 2022 report of the Georgia Joint Study Committee of Electrification on Transportation.

The number of people concerned about privacy dropped dramatically after participating in a pilot mileage program in Pennsylvania, Delaware, North Carolina, and New Jersey, a study of the Eastern Transportation Coalition found, Hendren said.

Developers expect a third party, not the government, will keep track of where drivers go, and how much they owe, and some studies have indicated that because a third party is doing the tracking, the data is safe from government eyes. The data would go to a government contractor that would deduct the amount owed from a user’s credit card and pay it to the states where the vehicle had been.

The 18.4 cent-per-gallon federal gas tax has not increased since 1993. Because of inflation, the revenue has about one-third less purchasing power than it did when the tax was last raised, according to a January 2022 report from the federal Government Accountability Office.

In that report, the Congressional Budget Office (CBO) estimates the increasing gap between projected fuel tax revenues and federal highway spending will require $191 billion in additional funding to maintain current spending levels, plus inflation from fiscal years 2022 through 2031.

In November 2021, the Infrastructure Investment and Jobs Act allowed for the transfer of $118 billion in general revenue to the Highway Trust Fund, which will cover the estimated revenue shortfalls through at least 2026. While this funding will cover a portion of the estimated shortfall in the Highway Trust Fund, this transfer represents a one-time infusion of funding and is not a sustainable long-term source of revenues, the CBO report said.

The CBO has been telling Congress since 2007 that it must pass a sustainable funding solution for maintaining the nation’s highways.

In 2015, the U.S. Department of Transportation established the Surface Transportation System Funding Alternatives program to provide grants to states to explore the feasibility of user-based alternative funding mechanisms. That is what funded numerous studies across the country. 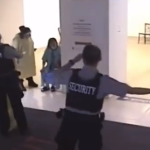 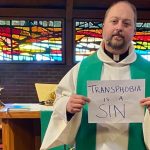